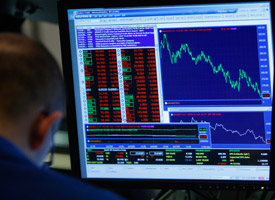 With the global financial system teetering on the edge, the U.S. government has been making historic moves on a near-daily basis. Some -- like the $700 billion bailout -- have garnered big headlines. Other decisions have been little noted in the whirlwind.

The Journal notes that the new rules have something else in common: The "details are almost always hashed out behind closed doors."

As the Journal puts it, the government has "redrawn the rules under which U.S. financial markets operate," and even changes "authorized by Congress -- such as higher ceilings on federal deposit insurance -- were approved at the last minute with little if any discussion."

"The lack of accountability and thoughtful review of these initiatives is really sort of jaw dropping," said Tom Schlesinger, who heads a nonprofit that monitors the Federal Reserve.

Of course, such quick action and circumventing of the rule-making process may well be necessary. "I wish we had more time," House Financial Services Committee Chairman Barney Frank (D-Mass.) told the Journal. "These are hard choices and hard judgments, but I'm not inclined to think that our second-guessing them is a good idea."

At the least, the Journal provides a helpful overview of what all the changes have been. A small sample, from the WSJ:

As the Journal notes, "it is unclear when or if" the changes will be rolled back.