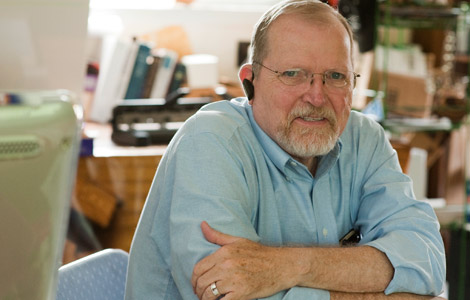 David Moe, 70, of Reed City, Mich., had been in loan modification limbo for more than a year when he was denied. (Photo by Gary Howe/ProPublica) 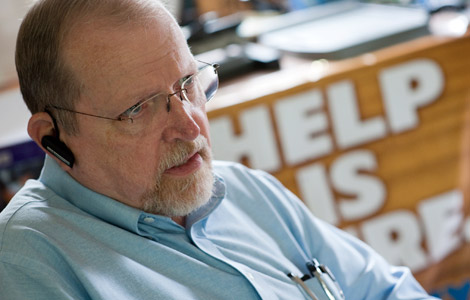 Of the loan mod process with his mortgage servicer Chase, David says, 'It was just a rollercoaster ride.' (Photo by Gary Howe/ProPublica) 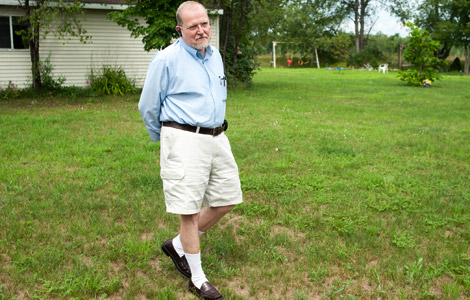 Since receiving Chase's denial, David says he and his wife are just waiting for a foreclosure notice. (Photo by Gary Howe/ProPublica) 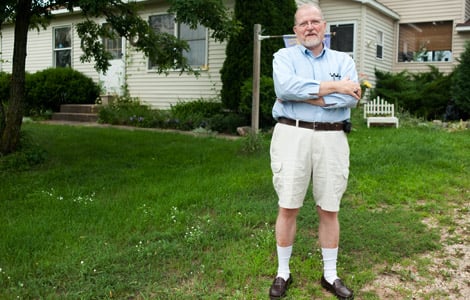 'It's just a horror story,' David says, 'This is just a nightmare.' (Photo by Gary Howe/ProPublica)

Listen to David Moe talk about trying to get a loan mod.

Retired pastor David Moe describes the process of trying to get a loan modification -- only to be denied after more than a year -- as nothing short of "The Twilight Zone."

"I keep waiting for Rod Serling to walk out and sit down in my living room," he says.

An additional 538,000 homeowners have been rejected for even trial modifications by the eight largest mortgage companies participating in the program. (The Treasury Department has not released program-wide data.)

Program guidelines say homeowners can be denied for a number of reasons, including further reductions in income, missing trial payments or not being able to document their income. However, it appears that in many cases, servicer errors, such as losing paperwork and improperly calculating income, have caused denials.

Moe says he first contacted Chase, his mortgage servicer, in February 2009 when he and his wife had a large drop in income but still wanted to keep their home in upstate Michigan. After months of back-and-forth with Chase, Moe started a trial plan in October. More than six months later, Chase sent him a letter denying a permanent modification, saying he did not have enough income. Chase would not count the self-employment income that Moe earns from contract work with a local newspaper. Servicers are supposed to count self-employment income, according to program guidelines.

Chase spokeswoman Christine Holevas says, "We worked with the borrower, but we were unable to approve a modification."

Many homeowners believe their denials were the result of servicer mistakes. Belinda Stanley of Kentucky says her mortgage servicer gave her four different reasons for being denied, including that her husband made too much money. "What husband?" she says. "I've never been married."

The Government Accountability Office recently found that 15 of the largest 20 servicers made mistakes using [PDF] the computer model that determines if a homeowner qualifies for the program; they miscalculated income and did not properly determine if investors would make more money from a foreclosure or modification.

The sheer volume of documents involved in modifications also appears to cause mistaken denials. Banks report to the Treasury Department that "missing documentation" has been a major cause of denials, but homeowners say it's the servicers that regularly lose documents.

Since homeowners make reduced payments during the trial, if they are denied a permanent modification, servicers regularly ask for immediate payment to cover the difference between the reduced and full payments. They also often ask for accrued interest and late fees.

For homeowners like Sylvia Kambouris who were current before entering the trial period, they could end up worse off because of the trial. Kambouris, who lives in Massachusetts, says she was shocked to learn that because of her three-month trial, she had accrued $11,000 in back payments, fees and interest. She is now working to pay off that money, but on top of her full monthly payments, she says it's a challenge.

When homeowners disagree with a denial, they have little recourse. They can voice concerns through housing counselors and the government-sponsored HOPE Hotline, which in turn can bring problems to an "escalation team" at Fannie Mae. Many homeowner advocates, however, criticize the process. Moe's housing counselor, Kitt Latsch from the Center for Nonprofit Housing in Fremont, Mich., says the escalation process is "about worthless" and just parrots back the servicer's response.

The Government Accountability Office recently said [PDF] that the escalation team is limited because it does not have access to a homeowner's loan files and does not conduct independent investigations.

Have you been denied a modification? Please use the comments section below to discuss with other homeowners. And if you haven't already filled out our questionnaire, please tell us your story.