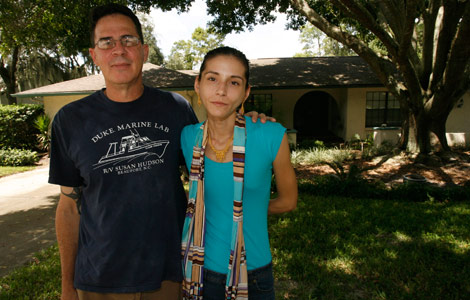 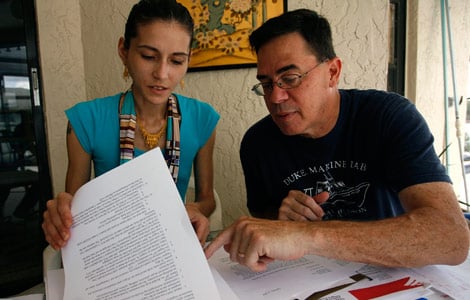 It all started after Roderic's contract running the science department at a private school was not renewed in February 2009. (Photo by Skip O'Rourke/ProPublica) 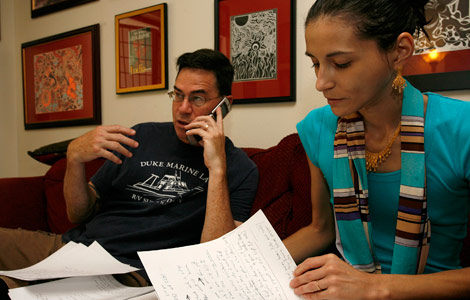 When they first contacted Bank of America in April 2009, the Brames were told that in order to get help, they had to be late on their mortgage. (Photo by Skip O'Rourke/ProPublica) 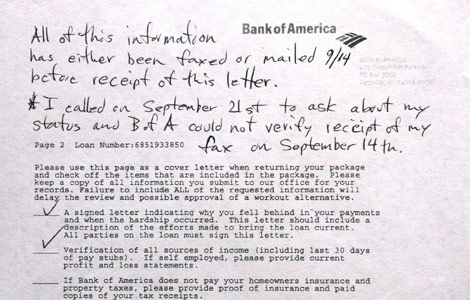 In January 2010, four months after writing letters "to a lot of the big bosses" at Bank of America, Roderic and Rachel found out they were eligible for a temporary modification. (Photo by Skip O'Rourke/ProPublica) 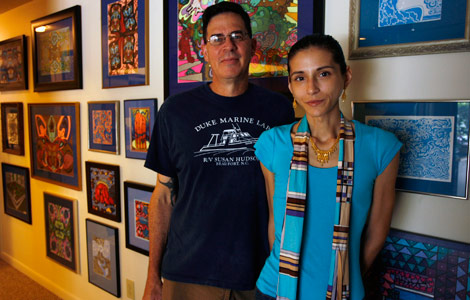 In early June, they received their permanent modification and pay 45 percent of their original mortgage payment. As for their first piece of advice, Roderic and Rachel say document everything. (Photo by Skip O'Rourke/ProPublica)

Listen to Roderic and Rachel talk about the loan mod process.

Earlier this summer, Florida homeowners Roderic and Rachel Brame finally got the help they had been seeking: a permanent reduction on their monthly mortgage payments.

Such reductions can be elusive -- a Holy Grail for many struggling with their mortgages. Homeowners who have started trial modifications through the government's effort to reduce foreclosures have been more likely to be denied than to get the program permanent's fix. For those who do get permanent help through the program, the average payment drops by 36 percent, or $510 a month. The reductions are helpful, though many program participants still have large amounts of debt.

The Brames are among nearly 435,000 homeowners who have finalized modifications through the government's program. Under the program's rules, qualified homeowners make trial payments for three months, at which point their mortgage servicer is supposed to approve or deny a permanent modification. (We've reported that most trial periods have lasted longer, frequently dragging on for more than six months.)

Like the majority of homeowners with permanent modifications, the Brames fell behind on their mortgage because of a drop in income. Roderic Brame ran the science department at a Tampa-area private school whose enrollment dropped because of the economy. He learned his contract would not be renewed. As the couple's money troubles worsened, they first called Bank of America in April 2009, but they say they were told -- incorrectly -- that they were eligible for help only once their payments were late. (Almost half of the 373 homeowners who wrote into our questionnaire say they got the same erroneous advice.)

After the Brames fell behind, they called their bank again and again. They wrote letters to executives, kept meticulous notes, and worked with a housing counselor from the government-sponsored HOPE Hotline. "I wasn't convinced it would happen until I had the paper in hand," Rachel Brame said.

In early June, they received a FedEx with documents that said their payments were reduced by more than half.

Bank of America spokesman Rick Simon, "We are glad that we were able to qualify them for a modification."

For many, modifications make a critical difference. "It saved my house," said Bernadette Van Lenten, a Florida homeowner. She said the process with servicer, CitiMortgage, was exhausting but worth it.

"I had to start over with my story each and every time I talked to them," Van Lenten recalled. "I wanted to put it on a tape recording so I could just hit the play button."

Other homeowners complain that modifications do not offer enough help. Even after modifications, homeowners typically have significant debt obligations, with 64 cents on every dollar they earn, on average, going to pay their mortgage and other loans, like credit cards or second mortgages.

Also, the program does not forgive principal. Instead, it sets aside some of the loan balance to be made as a balloon payment at the end of the loan. The average homeowner who gets a modification still owes 50 percent more on the loan (PDF) than the houses is worth, according to the U.S. Government Accountability Office.

Agnes Prehn, who lives on the Big Island in Hawaii, said that, despite her modification, she fell behind on her payments and decided to file for bankruptcy to expunge her second mortgage. "My whole salary is going straight to the mortgage so we can get current," she said.

About one-third of homeowners rejected by the government program get other modifications crafted by their mortgage servicer, the Treasury Department says.

These modifications typically do not provide as much help to homeowners. They are less likely to reduce interest rates and to defer principal to the end of the loan. Almost 20 percent of the proprietary modifications from October 2009 through March 2010 actually increased monthly payments, according to ProPublica's analysis of data from Office of the Comptroller of the Currency.

The Brames say they have taken steps to ensure they will not fall behind again. During the modification process they cobbled together work -- cleaning out gutters, working for the Census, selling Rachel's art. And eventually, after more than 100 applications, Roderic landed a new job as an assistant professor at the University of South Florida Polytechnic. He started classes last month.

Have you received a permanent modification? Please use the comment section below to share your tips with other homeowners.