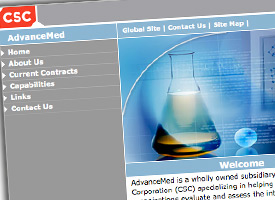 The New York Timesgot its hands on a draft inspector general's report that purportedly says Medicare officials pressured the agency's private sector auditors to ignore government accounting rules in a way that masked billions of dollars in potential fraud.

The fraud and unsupported spending relate to false claims for expensive medical equipment, like motored wheelchairs, which were delivered to some people who didn't need them and didn't ask for them, and whose doctors didn't request them.

Every time a manufacturer delivers a powered wheelchair, they can bill Medicare $2,500 and pocket the money. All those wheelchairs and other medical gadgets added up to $2.8 billion in taxpayer money that couldn't be properly accounted for, according to the Times.

One puzzling aspect of the story surrounds Medicare's private contractor, AdvanceMed, and why its auditors allegedly buckled to bureaucratic pressure. Though the firm estimated only about 7.5 percent of equipment claims might be fraudulent, the IG said nearly a third were tainted.

Turns out that AdvanceMed is a wholly owned subsidiary of technology giant, Computer Sciences Corporation. The company won last year's "Large Business of the Year" award from the Treasury Department.

CSC is a major government contractor: During the last five years, the company won $16 billion worth of federal work. In many contracts, there is either limited or no competitive bidding, according to USASpending.gov, which tracks federal spending.

AdvanceMed has received scant media scrutiny, despite being a major player in the government's bid to clean up fraud in the $456 billion Medicare program. Here's a link to the company's Web site, where you'll see that it has projects in more than 20 states.

AdvanceMed says it "performs a wide range of forensic functions in an effort to assure that taxpayer dollars are protected and that the Medicare and Medicaid programs maintain the highest degree of integrity."

Congress has tried to crack down on Medicare fraud for years with mixed results. In 2003, it launched a pilot program in five states "to detect and correct improper payments." One state was California, where doctors complained that the government's auditor -- not AdvanceMed -- used unqualified personnel and inconsistent standards.

Nevertheless, in 2006, Congress made the program permanent and ordered it extended to all 50 states by 2010.

We've put in calls to AdvanceMed's media office, and we'll let you know if and when we hear back.