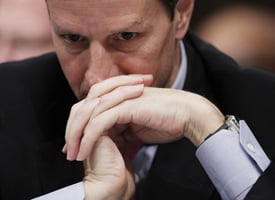 This Tuesday, Treasury Secretary Tim Geithner will roll out TARP II, the administration's plan for how to spend the second $350 billion of the $700 billion bailout.

Geithner will do his best to convince the public that this isn't just a continuation of former Treasury Secretary Hank Paulson's bailout, but a brand new beast: The Wall Street Journal reports that the administration is "considering renaming" the program, since the "Troubled Asset Relief Program" has yet to find its way to the public's heart.

Of course, despite the possible rebranding, the program seems likely to primarily rely on tools used, developed or considered by the previous administration.

The centerpiece of the plan, as presented by today's reports in the Journal and New York Times, will be a program to buy banks' troubled assets, which was the original centerpiece of Paulson's plan. Both papers report that the Treasury wants to boost its purchasing power with the help of private capital, but the details remain so hazy that it seems more a desire than a plan.

The Treasury will continue to buy stakes in the nation's banks under the same generous terms as the previous administration. Back in October, the Treasury announced it would use $250 billion to buy stakes in the nation's banks, something they called the Capital Purchase Program. So far, the Treasury has invested about $196 billion in more than 300 banks, but the application queue remains backlogged. Treasury continues to approve 30 to 50 new banks every week, and that seems likely to continue for months, given that some 2,000 banks want in. (Here's our complete list of those banks.) With almost all of the first $350 billion of the TARP already committed, that money will come from the second installment.

If the Treasury decides to make another round of investments in banks, the terms could be different, but it's unclear at this point what those might be.

The Treasury will also continue a plan hatched by Paulson and Fed Chair Ben Bernanke to juice the asset-backed security market, according to the Journal. Under that plan, the Fed will loan money to any financial institution (including hedge funds) that holds certain kinds of asset-backed securities (credit card, student, auto and small business loans) as long as the security has gotten the safest rating from the rating agencies. Under that plan, if the borrower defaulted, the Fed would collect the security as collateral, and then the Treasury would buy it from the Fed. Paulson put up $20 billion for that purpose, and Geithner seems likely to put up more. He also appears likely to extend the program to mortgage-backed securities.

The special inspector general for the TARP has already warned that the program seems ripe for fraud, given how unreliable the rating agencies have proven and the fact that the Fed, which tends to operate in relative secrecy, would be dealing with private partners.

The only major difference between Geithner's Treasury and Paulson's will be a major effort, in the range of $50 billion, to stem home foreclosures. The details on that, as with so much else, remain forthcoming.