The broad reforms were prompted by a MLK50-ProPublica investigation that detailed how the nonprofit hospital system used aggressive collections tactics, including the courts, to pursue unpaid medical bills from poor patients, including its own employees.

“We were humbled to learn that while there’s so much good happening across our health system each day, we can and must do more,” Methodist CEO and president Michael Ugwueke said on a call with reporters Tuesday.

Yet the faith-based hospital, which temporarily suspended collection lawsuits this month, said it would not altogether stop such lawsuits, as have some nonprofit hospitals that have been the focus of similar investigations.

Methodist also left unanswered several questions, including whether the hospital will refile the 100-plus lawsuits its attorneys dropped over the past month or whether it will revisit cases it has already filed or those in which it is garnishing the wages of low-income workers.

According to an MLK50-ProPublica analysis of Shelby County General Sessions Court records, the hospital system, which is affiliated with the United Methodist Church, filed more than 8,300 lawsuits between 2014 and 2018. That was more than all but one creditor during that five-year period.

Methodist’s old financial assistance policy also all but ignored patients with any form of health insurance, no matter their out-of-pocket costs, which was more restrictive than the policies of competitor Baptist Memorial Health Care, as well as Regional One Health, the county’s public hospital.

In a press release, Ugwueke said that the new policy “will better reflect the needs and circumstances of those we serve.”

The hospital said it would continue to pursue payment from those “who have the ability to pay,” but it did not immediately answer questions about how the hospital would determine patients’ income and eligibility. The hospital said its new approach would provide assistance to those with insurance, but it declined to answer a question about whether that was formally enshrined in the policy or left to the discretion of staff. 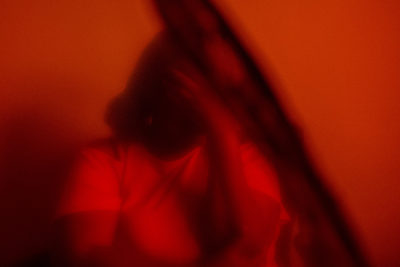 Methodist Le Bonheur Healthcare promised a 30-day review of its collection policy after MLK50 and ProPublica found it sued thousands of low-income patients. Here’s what experts say the hospital should do.

When it does file suit and win a judgment, Methodist said it will no longer accept court-ordered interest on medical debt nor will it seek to collect lawyers’ fees or court costs from patients.

“This announcement reflects Methodist’s values and, what’s more, our community’s values,” Harris said in a statement. “Lifting wages to a livable standard is not controversial and it is increasingly a bi-partisan issue.”

Consumer advocates praised the hospital’s decision to augment its financial assistance, but they said many questions remain.

“More clarity here would be great,” Jessica L. Curtis, a senior adviser at Community Catalyst, a national advocacy organization, and Mark Rukavina, business development manager at Community Catalyst’s Center for Consumer Engagement in Health Innovation, said in an email. For instance, if a court orders a defendant to pay interest, would the hospital actually not collect it?

The devil will “be in the details,” they wrote.

It’s unclear whether the reforms announced Tuesday will help Carrie Barrett, who makes $9.05 an hour at Kroger. The hospital sued her in 2010 for a $12,000 hospital bill. The bill grew to more than $33,000 as interest and attorney’s fees continued to be tacked on.

Hospital officials declined to talk about specific cases. Barrett said Tuesday afternoon that she had not been contacted by the hospital or its attorneys.

“I’m really glad that Methodist got showed up in the way they did, because it was just so unfair, going to court and seeing all these folks suffering,” she said.

Methodist is the region’s second-largest private employer, operating five hospitals in Shelby County. Its lowest-paid employees make $10 an hour and 17% of its 12,500 workers made less than $15 an hour, the hospital reported in response to MLK50’s 2018 Living Wage Survey.

Starting in September, the hospital will raise its minimum wage from $10.08 to $13.50. By Jan. 1, 2021, the minimum wage will rise to $15 an hour. Raising the minimum wage and adjusting other salaries to account for wage compression is estimated to cost the hospital $14 million a year, said Carol Ross-Spang, Methodist’s chief human resources officer. The wage increase would affect more than 2,000 employees.

The United Methodist Church’s Social Principles, which state the church’s position on everything from climate change to the death penalty, speak directly to what employees should earn. “Every person has the right to a job at a living wage,” it states.

The hospital also said it would create clearer career paths for employees “to gain the skills, experience, knowledge, and education needed to advance to even higher paying positions,” Ugwueke said in a statement. Hospital officials did not offer details. 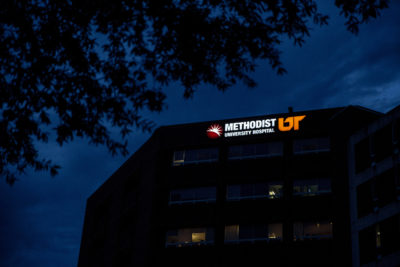