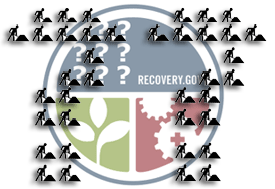 New criticism  about the number of jobs created by the stimulus  surfaced over the weekend, first in Georgia, then in South Dakota. In Georgia, the Atlanta Journal-Constitution reports, $19.7 million in stimulus funds was spent on a program that created 2,601 jobs. But the problem is, those jobs were part of a summer employment and training program, and by the time the state was reporting their creation to the federal government, the majority of those jobs had already ended. Critics say the money could have been better spent fixing the economy there, Jeremy Redmon reports.

In South Dakota, the Rapid City Journal reports that job creation is lagging behind federal goals for the state. When the stimulus package was pitched last winter, the administration estimated that 10,000 jobs would be created over the two-year course of the stimulus. But so far, just 2,200 jobs have been created, writes Kevin Woster. Critics of the stimulus say that’s proof that the recovery isn’t working. But supporters say  that work hasn’t yet begun on many projects for which money has been  committed so  it’s unfair to base the success or failure solely on jobs reports.

And finally, in an analysis piece, the Associated Press looks at how Florida Gov. Charlie Crist has used his position on the stimulus to help his political standing – supporting it at times, and then turning around and denying it when it’s politically convenient.  Crist made headlines earlier this year for denying that he ever supported the stimulus, despite literally embracing President Barack Obama during an event to push for the stimulus.