More Than Me, an American charity running 19 schools in Liberia, has announced it is closing its operations. The move comes eight months after a ProPublica investigation revealed the organization missed opportunities to prevent the rapes of girls in its care by senior staff member Macintosh Johnson, was not transparent about the extent of his abuse and failed to make sure that all of his potential victims were tested after it came to light that he had AIDS when he died.

The decision to shutter the charity follows the release this year of two highly critical independent reports on the conduct of its leaders, one by an American law firm commissioned by the charity’s U.S. board and one by a Liberian investigative panel nominated by the charity’s Liberian advisory board. In response to these reports, and following the resignation of founder Katie Meyler, the charity’s leadership initially said it planned to continue the organization’s work while restructuring under new Liberian leadership.

Now, in a public statement published to its website, the board says that as of June 30, the charity will cease running the 18 government schools it operates under a partnership with the Liberian government. It will also close the MTM Academy, a tuition-free school for girls that opened in September 2013, after the charity won a $1 million grant awarded by JPMorgan Chase on national television at the end of a competition for online votes.

The statement cited “severe financial pressure due to our inability to fundraise” as well as its “consideration” of the recommendations of the two reports. The charity repeated its apologies for past failures, stated that it recognized it has the “utmost responsibility” to support the 11 girls named as survivors of rape by its staff members and said it has “set aside funds” for this purpose. According to the statement, the charity is working on plans for how to utilize its “limited remaining resources” to support children in Liberia, particularly those at the MTM Academy. 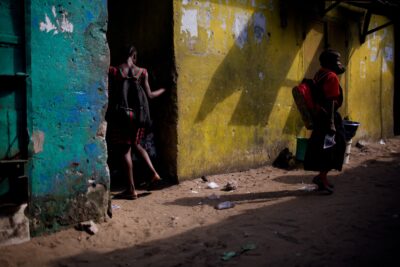 The charity no longer has a public relations representative. ProPublica reached out to board members Alexa Carver, Amanda Kelso, Dalumuzi Mhlanga, Manish Patel and Sam Edwards. They did not respond to a list of questions including whether the board has taken additional steps to protect the girls who came forward as victims from retribution following the charity’s decision to close or how continuing support to them will be managed.

Despite repeated questions over the past year, the charity did not disclose to ProPublica its current donors or the extent to which ProPublica’s reporting affected funding. Its most recent tax return, which did not include the form detailing major donors, suggests that the charity had assets amounting to $2.3 million as of June 30, 2018, and that its funding had doubled in the fiscal year up to that date. ProPublica’s story was published in October 2018. The charity’s board did not respond to questions about the decisions made by its donors, how much of the charity’s assets still remained and how much funding will be committed to the well-being of those abused while in the charity’s care.

The charity’s statement leaves substantial questions about the continuing education of the girls attending the MTM Academy. It mentions “working to ensure a smooth closure” of the school, but the charity’s leadership did not respond to questions about whether it would hand over its operations to one of the many other educational charities operating in Liberia or to the Liberian government. Senior officials at the Liberian Ministry of Gender and Ministry of Education did not respond to requests for comment.

Here is the full text of MTM’s statement:

>The Board of Directors of More Than Me writes to announce that we are closing down our operations as of June 30th, 2019. We have previously shared this news with appropriate ministries in Liberia. This decision has been made given severe financial pressure due to our inability to fundraise as well as our consideration of the recommendations from the McLane Middleton and Independent Panel reports.

>As we take this action, we sincerely apologize for the past failures of our institution. No child should ever have to endure sexual abuse, and we are profoundly sorry some of our students were victimized. We have sincerely apologized to those who were harmed, and we deeply regret their suffering.

>We recognize that we have an utmost responsibility to support the 11 survivors going forward. We have set aside funds for this purpose.

>We are working to ensure a smooth closure of our More Than Me Academy and LEAP activities for this Academic Year. We are also working on plans for how to utilize our limited remaining resources to further support the children of Liberia, particularly those at More Than Me Academy. We will share further information on this as it is available.

>We personally want to thank our dedicated staff who have shown great care and worked tirelessly on behalf of children. We are also indebted to all those who have supported More Than Me over the past decade. Lastly, we are grateful for the honor we have had to partner with Liberia in this work.

>More Than Me Foundation