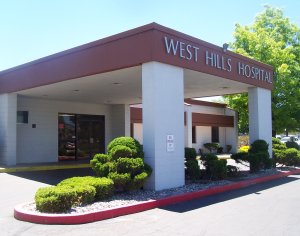 The Reno Gazette-Journal reported yesterday that authorities in Nevada plan to shut down a local psychiatric hospital after a patient overdosed on pills she brought into the facility.

West Hills Hospital is part of a Tennessee-based chain, Psychiatric Solutions, that we’ve covered quite a bit. In November, we co-published an article with the Los Angeles Times documenting the chain’s rapid growth and star status on Wall Street, even as patient care lagged behind similar hospitals.

We co-published two articles with the Chicago Tribune in February about a troubled Psychiatric Solutions hospital in the Chicago area that, even while under federal investigation, continued to experience patient care problems with illicit sexual encounters between young and vulnerable patients.

The other article documented details of a patient death at Riveredge Hospital that officials said should have been reported by the facility a year sooner.

Since then, the Philadelphia Inquirer reported that city officials decided to stop sending psychiatric patients to another PSI facility, Friends Hospital. Authorities decided to cease referring about 6,500 patients per year after a 21 year-old committed suicide while he should have been monitored via a camera system that, regulators found, was broken;

In Reno, health officials notified West Hills Hospital that it plans to close the 95-bed facility within 30 days and immediately pull its operating license. A PSI spokesman responded, saying the facility plans to appeal the decision.

"The community needs the mental health services we provide, and we are cooperating fully with state officials to provide all the information that is needed so that our ability to receive patients will be restored," corporate spokesman John Van Mol told the Post-Gazette.

The news report documents other problems there. In December, two young female patients attempted suicide by putting nooses around their necks while they were not being adequately monitored. A state report says one girl was found unconscious and red-faced after the attempt. Earlier this year, teenage patients locked staff members out of a unit. A month later, teenage patient hit another teen.

During our investigation of the chain, we ran across an older incident in which the hospital was cited for failing to "provide services for the care of its patients." A state report dated Oct. 4, 2006 (PDF), documents a patient who was on suicide watch barricading himself in a room. Then the man ran down a hall, locked doors behind him and escaped.

Outside, a police officer responding to the incident shot and killed the man.

State regulators cited the hospital for insufficient staffing after they learned that a nurse who had difficulty walking was the only staff member assigned to perform routine checks on 19 patients. We posted the rest of the state investigation reports (PDF) that we received from the state of Nevada late in 2008. Take a look.