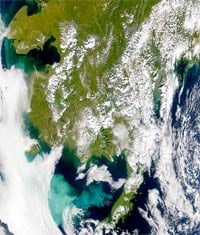 It turns out, there really was "nothing fishy going on in the state of Alaska."

As of yesterday afternoon, 325,054 Alaskans voted in this year’s election. That’s more than the 313,592 who cast ballots in 2004, the previous record in voter turnout. So all the fuss about the supposedly low turnout in Alaska seems to have been misplaced.

The head of Alaska Division of Elections told us last week that the slow ballot count was due to the large percentage of Alaskans who voted early (go figure) and submitted absentee ballots. The final count, including overseas ballots, isn’t even in yet and won’t be until the state certifies the election on December 1.