As you may have heard, Goldman Sachs is being sued for fraud by the Securities and Exchange Commission for allegedly misleading investors about a deal that Goldman helped structure and sell. In the civil suit, the SEC specifically faulted Goldman for failing to disclose that a hedge fund was helping create the investment while betting big the deal would fail.

According to the SEC, Goldman Sachs knew about the hedge fund's bets, knew it played a significant role in choosing the assets in the portfolio, and yet did not tell investors about it. (Goldman Sachs has called the SEC's accusations "completely unfounded in law and fact." And in another more detailed statement, it said it "did not structure a portfolio that was designed to lose money.")

As we reported at ProPublica last week, many other major investment banks were doing a similar thing.

Investment banks including JPMorgan Chase, Merrill Lynch (now part of Bank of America), Citigroup, Deutsche Bank and UBS also created CDOs that a hedge fund named Magnetar was both helping create and betting would fail. (Update 4/17: Magnetar denies it was making such bets.) Those investment banks marketed and sold the CDOs to investors without disclosing Magnetar's role or the hedge fund’s interests.

Here is a list of the banks that were involved in Magnetar deals, along with links to many of the prospectuses on the deals, which skip over Magnetar's role. In all, investment banks created at least 30 CDOs with Magnetar, worth roughly $40 billion overall. Goldman's 25 Abacus CDOs -- one of which is the basis of the SEC's lawsuit -- amounted to $10.9 billion.

The role of Magnetar, both as equity investor and in their bets against the very CDOs they helped create, were not disclosed in any way to investors in the written documents about the deals. Not the marketing materials, not the prospectuses, not in the hundreds of pages that an investor could get to see information about the deal was it disclosed that it was in fact Magnetar who'd helped create the deal, and who'd bet against.

That is, of course, along the lines of what the SEC is suing Goldman Sachs for now. The SEC's suit also says CDOs like the ones Goldman built "contributed to the recent financial crisis by magnifying losses associated with the downturn in the United States housing market."

Notably, the SEC did not sue the hedge fund involved in Goldman's Abacus deals -- Paulson & Co. -- or its manager, John Paulson. Instead, it's going after Goldman. And as we pointed out in our reporting, there's no evidence that what Magentar did was illegal.

We've called the major banks involved in Magnetar CDO deals to see if they were concerned about similar lawsuits. Thus far, Bank of America, Citigroup, Deutsche, Wells Fargo (which bought Wachovia) and UBS have responded and have all declined our requests for comment. Here is Magnetar's response to our original reporting. 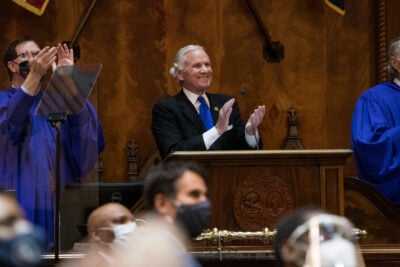