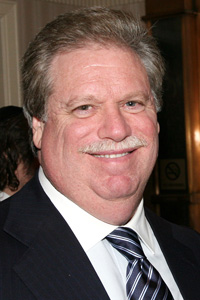 The former official, Elliott Broidy, who also resigned as chairman of Markstone Capital Partners, the private equity firm, admitted that he had paid for luxury trips to hotels in Israel and Italy for pension staffers and their relatives -- including first-class flights and a helicopter tour. Broidy funneled the money through charities and submitted false receipts to the state comptroller's office to cover his tracks.

The California financier, who was the GOP finance chairman in 2008, also paid thousands of dollars toward rent and other expenses for former "Mod Squad" star Peggy Lipton, who was dating a high-ranking New York pension official at the time.

We’ve previously covered Broidy and other developments in the pension fund scandal, which so far has led to five guilty pleas and the return of $100 million to the public.

The details of the investments can seem arcane, but they involve corruption of a system that's supposed to safeguard the retirement savings of hundreds of thousands of public employees. The New York investigation spread to California, New Mexico and Illinois.

The Securities and Exchange Commission, which is also investigating Broidy, has announced new rules that would crack down on one source of the corruption: the use of paid middlemen, called placement agents, to help firms like Broidy's secure investment money.

"Broidy paid nearly a million dollars in bribes to get a quarter billion dollar investment," he said. "For Broidy, this was a small price to pay. For New York taxpayers, the harm is incalculable."

The system that allowed corruption to flourish in New York, where $110 billion in retirement savings are controlled by a sole trustee with no board oversight, is still in place.

The investigation into Markstone and the pension corruption continues, Cuomo said. As for Broidy, he faces up to four years in prison on the felony charge of rewarding official misconduct. Under his plea agreement, Broidy also must return $18 million in management fees he had collected from the pension fund.