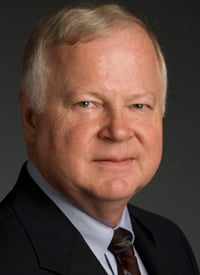 A regulator at the laid-back Office of Thrift Supervision has been demoted for allowing the bank IndyMac to misstate its books. Newspapers today flag a Treasury report (PDF) detailing how Darrel Dochow, OTS's top West Coast official, let the bank "bless a fiction" about its financial health (as one source told the Washington Post), possibly swelling the cost of its eventual failure.

Dochow told IndyMac it was OK to report that it had received an infusion of $18 million in March -- instead of two months later, when it actually received the money. That creative accounting allowed the bank to remain listed by regulators as "well-capitalized," delaying intervention of the Federal Insurance Deposit Corporation. IndyMac's failure came in July, at a cost of $8.9 billion.

IndyMac wasn't the only one to receive this favor. Other banks also got the OTS blessing to misrepresent their books, according to the report by Treasury's Inspector General Eric Thorson. The Washington Post reports:

A spokesman for Thorson declined to expand on his statement that other banks were allowed to make similar revisions to financial statements. Asked at a briefing with members of Congress whether he would describe the problems as "systemic," Thorson responded, "Yes," according to a congressional aide who attended the briefing.

By early this year, IndyMac had already taken on huge losses as its all-but-subprime mortgage defaults surged, ProPublica's Jake Bernstein reported. But instead of flagging the bank as a problem, the Office of Thrift Supervision allowed its deposits to grow from $8.8 billion in late June 2007 to $16 billion by March 31.

Back in September, an OTS spokesman defended the record of the agency's man in charge of supervising IndyMac, despite Dochow's earlier questionable oversight of banks during the S&L crisis. In 1987, Dochow took the advice of his boss and went easy on examining Lincoln Savings and Loan. (That would be the S&L headed by one Charles Keating.) Lincoln later failed at a cost of $2.7 billion, and Dochow was demoted.

"We have the highest confidence in his ability and professional integrity," OTS spokesman William Ruberry told us about Dochow before the latest shenanigans were known.

In light of the current revelations, the office has apparently changed its tune. According to the Post, Dochow has been reassigned to Human Resources.