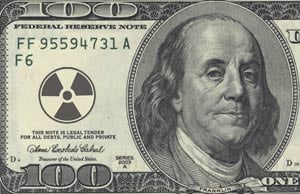 Last week’s hearing was based on the findings of a report issued last week by the Government Accountability Office. It focused on instances when federal contracting officials gave contracts to businesses that were supposed to be shunned after committing fraud or performing shoddy work.

One example leaps off the page: In July 2005 the Army decided it would no longer do business with a German contractor that sold "potential nuclear bomb-making materials" to North Korea. Yet according to the GAO report, the Army still awarded the company $4 million worth of business in 2006. (See page 15.) The Army responded that it was legally required to make the contract, an assertion the GAO questions.

Another example: The Navy decided to stop awarding contracts to a company after an employee sabotaged repairs on an aircraft carrier. The faulty repairs could have sparked a blaze, the report suggests. But a month after it moved to shun the company, the Navy awarded the company three new contracts. This error was chalked up to a contracting officer forgetting to check the list of excluded companies.

During the hearing, Congressman Edolphus Towns (D-NY), chairman of the House oversight committee, blasted the mistakes highlighted in the report.

"This begs the question: What is the point of having suspension and debarment regulations if our own agencies disregard them?" Towns implored.

The report notes that many of the contracts were mistakenly awarded after officials failed to check the "excluded contractor" list, as in the Navy case above. Other errors cropped up after contractors changed names and put businesses under the purview of relatives. Still, the report found that mistakes could have been prevented by more detailed and searchable databases and more timely entry of key information.

In response, a top acquisition official who testified at the hearing noted that of 70 million contracts awarded during the time that the GAO examined, his agency’s error count of 15 was "extremely low."

"But we strive to do better," David Drabkin, acting acquisition officer for the General Services Administration, said during his testimony.

Obama is chiefly calling on officials to whittle down the half-trillion that the government spends to outsource work – a number that doubled over the last eight years. But he is also echoing Towns, asking for more accountability.