An investigation by USA Today found that millions of pounds of meat that wouldn’t pass muster with many fast-food chains has been fed to schoolchildren in the past three years.

The National School Lunch Program is seen as "a market of last resort" for meat, the head of the National Meat Association told USA Today. For instance, schools have fed children thousands of tons of meat from "spent hens" – so-called because they are no longer useful to egg producers – even though KFC and Campbell’s Soup regularly shun it and it might otherwise go to compost or pet food, according to USA Today.

The administrator of the agency within the Department of Agriculture that buys meat for school lunches said that oversight, inspections and tests of meat exceed those required for meat sold to the general public. And indeed, USA Today points out that the vast majority of the 100 million pounds of beef bought for schools every year would satisfy the standards of most commercial buyers.

But the fast-food industry developed its own tough standards after an eye-opening outbreak of E. coli at Jack in the Box restaurants in 1993. Federal standards have yet to catch up, according to USA Today:

McDonald's, Burger King and Costco, for instance, are far more rigorous in checking for bacteria and dangerous pathogens. They test the ground beef they buy five to 10 times more often than the USDA tests beef made for schools during a typical production day.

And the limits that Jack in the Box and other big retailers set for certain bacteria in their burgers are up to 10 times more stringent than what the USDA sets for school beef.

Meanwhile, lapses in commercial beef inspection were detailed (gruesomely) by The New York Times in October. 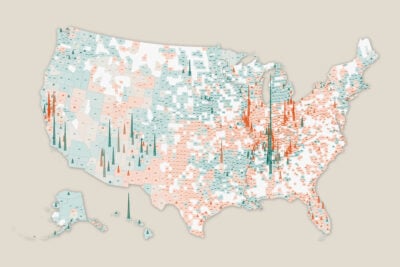