Few things get journalists — especially investigative journalists — more jazzed than impact. That is, when we write a story that leads to reform or sparks a reaction from a government agency, law enforcement officials or business: an investigation is launched, someone is forced to resign because of malfeasance, corruption or abuse, a law gets changed.

One recent example is the Wall Street Journal investigation that uncovered allegations of sexual misconduct against billionaire casino mogul Steve Wynn. The story, which detailed a $7.5 million settlement with a manicurist who said Wynn forced her to have sex with him, dropped like a bomb.

A day later, Wynn stepped down as Republican National Committee finance chairman. He’s now under investigation by Massachusetts gambling commissioners as well as his company’s board of directors. 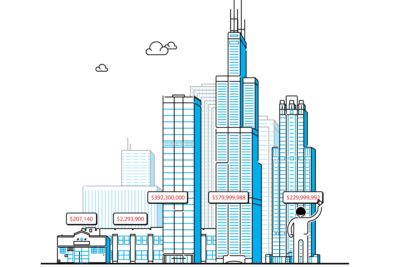 And I have to admit: It made me proud.

But pride is a dangerous thing in this business. It can blind you to truth, which is what we strive to capture. That’s why it’s important to bring the same level of scrutiny to impact stories that we bring to the stories that sparked the impact. Too often, officials try to take steps that seem as if they’re taking action, when really they’re blowing smoke.

Since the series was published, ProPublica Illinois and the Chicago Tribune have collaborated on two stories that have examined the fallout from our series.

A couple of weeks ago, Illinois Gov. Bruce Rauner referred to our work when he issued an executive order barring lawmakers from practicing before a state board that hears property tax assessment appeals. Among the findings from our series was that the tax appeal law firm of House Speaker Michael Madigan — Rauner’s arch enemy — does more business in Cook County than any other tax firm.

Usually, if a governor issues an executive order in response to one of your stories, your first instinct is to trumpet it. Instead, we took a step back and looked at the data.

Turns out, the governor’s executive order was largely symbolic. It wouldn’t do much to move the needle on reforming the county’s flawed assessment system because relatively few appeals are handled by the Illinois Property Tax Appeal Board, or PTAB, which is what Rauner targeted; most appeals go through the Cook County Assessor, the Board of Review or the Cook County Circuit Court. So we reported that.

On Thursday, we did another story that raised questions about County Board President Toni Preckwinkle’s move to commission an independent study of the assessment system, an announcement triggered by our series. Again, if a story results in a blue ribbon panel or an independent commission, that’s some juicy impact.

But Preckwinkle made the announcement nearly seven months ago. Since then: crickets.

So rather than wait around, we started reporting why the study is taking so long. We also asked whether the study is even necessary. Some critics of Assessor Joseph Berrios suspect it’s a smokescreen or delaying tactic until after the March primary, when Berrios — a Preckwinkle political ally — faces a tight re-election.