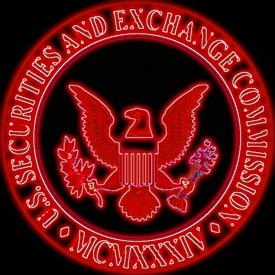 The Securities and Exchange Commission is taking a drubbing these days for its abject failureâdespite detailed tipsâto catch Bernie Madoff in what appears to be the biggest Ponzi scheme in our nationâs history.

Now, thanks to little-noticed report from the agencyâs inspector general, we have a detailed glimpse into other bad behavior by some SEC employees.

[Investigators] uncovered evidence that an employee who was still in his probationary period had used his SEC laptop computer to attempt to access Internet websites classified as containing pornography, resulting in hundreds of access denials. The OIG investigation also disclosed that this employee successfully bypassed the Commissionâs Internet filter by using a flash drive.

Presumably, thatâs not the kind of initiative the SEC is looking for.

There were also more serious misdeeds raised by the report. For example, there is the case of the senior-level commission employee who "clearly and purposefully identified herself as a Commission employee when dealing with brokers about a family memberâs account," making the broker in question feel like she was trying to "intimidate and bully him." The OIG referred the matter to management for "disciplinary action, up to and including dismissal." By the end of the period covered in the report, management "had not proposed or taken action."

There are other examples where the punishment was less than fulsome.

An employee repeatedly and flagrantly used Commission resources, including Commission Internet access, e-mail, telephone and printer, in support of his private photography business for several years.

The IGâs office recommended "disciplinary action up to and including dismissal." In turn, the report notes, "management suspended the employee from duty and pay for nine calendar days."

When asked about the report, Deputy Director for Public Affairs John Heine said, "In each of these [cases] there is some sort of response from the Commission. We donât have anything to say beyond that."

The report reveals also that two commission staffers employed as attorneys didnât have active bar memberships. One attorney let his bar license lapse in 1994. The report said one of the lapsed lawyers "submitted a declaration in Federal court, in which he stated that he was an attorney employed by the SEC. We referred the potential false statement or perjury to the applicable United States Attorneyâs office." (The office declined to prosecute.)

The IG also found that the commission did not have a sufficient system in place to "prevent and detect insider trading on the part of Commission employees or violations of the Commissionâs rules."

The agencyâs information management also comes in for criticism. An employee survey conducted by the inspector general revealed that employees failed to enter data into a computer system used to manage investigations.  The system known as the HUB was launched in August 2007 after the Government Accountability Office had highlighted major problems with the SECâs previous case management and tracking system. The IG semi-annual report also reveals that the commission lacks "an inventory of its laptops and was unable to trace ownership of laptops to specific individuals."

Here at ProPublica weâve just begun working our way through the fascinating 95-page document.  Take a look at it yourself and let us know what you find.