When New Jersey resident Jacqueline Clay contacted me Monday, she was panicked and desperate.

Clay had applied for health insurance on the federal marketplace last month. She had just been diagnosed with breast cancer, was unemployed and didn’t have any income. She was told that she appeared to qualify for Medicaid and that her application would be forwarded to New Jersey officials for processing.

But she didn’t hear anything back.

A couple weeks later, Clay, 59, accepted a part-time job at a soup kitchen that will pay her about $26,000 next year, enough to disqualify her from Medicaid. So, as any responsible citizen would, she set out to update her application so she could choose a private insurance plan with a subsidy on HealthCare.gov, which handles enrollment for New Jersey and 35 other states. 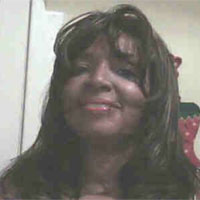 That’s when she hit a wall.

Clay called the toll-free number for HealthCare.gov and was told by a customer service representative that she would have to contact the New Jersey Department of Human Services, which runs the Medicaid program known as New Jersey Family Care. She called the state agency and was told they had no record of her application.

This went on for days. “It was back and forth,” Clay explained.

With the looming Dec. 23 deadline to select a plan starting on Jan. 1, Clay felt she could wait no longer.

“I am in limbo and with my cancer diagnosis am really afraid that I will not be able to have medical coverage as of January 1,” Clay wrote me. “I have had little treatment because I currently have no insurance and wanted to start more treatment in January.”

She concluded: “I want everyone to know the big mess that is now occurring in New Jersey.  I cannot be the only person who needs to make changes … but unable to do so.”

With Clay’s permission, I forwarded her email on to a federal spokeswoman, who asked a representative to get in touch with Clay. Separately, Clay called the office of Health and Human Services Secretary Kathleen Sebelius seeking help.

Clay was finally told to create a new email address and fill out a new application, and that would enable her to enroll in a private plan for Jan. 1. It appears to have worked.

But her experience raises two bigger, more troubling questions: 1) What should consumers do if they can’t get the help they need on HealthCare.gov; and 2) Is there a problem with applications for Medicaid on HealthCare.gov?

“Everybody isn’t like me,” Clay told me yesterday. “I was going to put on my clothes and go to Washington and speak to Obama if I had to. There are people out here who don’t have the time, the wherewithal, the energy to do that.”

Indeed, Clay can’t be the only one experiencing this problem. Federal officials encourage consumers to ask for a supervisor if a customer service representative on the toll-free line cannot resolve their problem. Clay did this and didn’t get the help she needed.

But the bigger problem may be those who signed up for Medicaid on HealthCare.gov thinking they would have coverage beginning Jan. 1.

The Record newspaper in New Jersey reported today that state officials said about 25,000 poor people who applied for Medicaid on HealthCare.gov won’t be enrolled because the information the state received from the federal government is “unusable.”

Their applications can’t be pro­cessed, and they can’t yet be enrolled for coverage that is supposed to begin next year, said Nicole Brossoie, assistant commissioner of the state Department of Human Services, which runs Medicaid.

It is yet another problem in the disastrous rollout of the federal marketplace for people who want to sign up for health insurance. After assurances that the federal website would automatically send enrollment information to the state for those who qualify for Medicaid, New Jersey officials discovered this week that the state and the federal computer systems don’t communicate smoothly.

Worse, people who think they enrolled successfully in Medicaid likely have no idea that, in fact, their applications are in limbo.

New Jersey Medicaid “is working with the Centers for Medicare and Medicaid Services to receive a usable file as soon as possible,” Brossoie said late Thursday afternoon. She did not offer any timetable for resolving the problem.

A spokeswoman for the Centers for Medicare and Medicaid Services said the agency is working with the state.

Clay said she had health insurance her entire adult life until she was let go in April from her job as a benefit manager for a medical company. “When you’re on unemployment, you really can’t afford to get COBRA,” a program that allows employees to pay for coverage from their former employers.

Clay said she is happy with the plan she chose on the exchange, which will cost her about $300 a month after a subsidy — and she feels grateful to be able to get insurance with a pre-existing condition, something the Affordable Care Act guarantees.

But she doesn’t wish what happened to her on others. “This has been a harrowing experience, having to hear that you have cancer and it’s in the lymph nodes,” she said, “then to have to fight with the government to get what they said I’m entitled to.”

“It has been just awful.”

Editor’s Note: This post is adapted from Ornstein’s “Healthy buzz” blog. Have you tried signing up for health care coverage through the new exchanges? Help us cover the Affordable Care Act by sharing your insurance story.