Long before the financial crisis claimed headlines, U.S. regulators and law enforcement officials had begun sounding alarms about dangerous lending practices and Wall Streetâs headfirst jump into the subprime market. Some were brushed off by their superiors. Others led agencies like the Federal Deposit Insurance Corporation and the Treasuryâs Office of Thrift Supervision, which at least one lawmaker has accused of acting sluggishly to avert the crisis.

Ellen Seidman, former director of the Treasuryâs Office of Thrift Supervision, testified in that capacity before the House Committee on Banking and Financial Services on February 8, 2000 that her office had warned repeatedly of the risks of subprime lending: âSubprime lending, which involves lending to borrowers who have a significantly higher risk of default based on their credit repayment history, has been the subject of intensive OTS scrutiny by our policy and supervisory staff for several years. We started sounding warnings about risks arising from this lending activity as early as June 1998.â 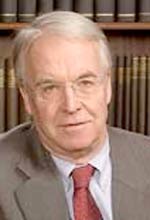 Edward Gramlich, a Federal Reserve BoardGovernor from 1997 until 2005 andauthor of the book Subprime Mortgages: Americaâs Latest Boom and Bust said he urged Alan Greenspan in 2000 to use the power of the Federal Reserve to crack down on subprime mortgage lenders: âI would have liked the Fed to be a leader,â in regulating the practice, he told The Wall Street Journal before his death in September 2007. âHe was opposed to it, so I didnât really pursue it.â Greenspan said later that he didnât recall the conversation.

In the many public statements Gramlich made about subprime lending in 2000, he focused mainly on the harm of predatory lending to homeowners, rather than the risk to the credit market.  "Thesepractices â¦ can result in consumers losing much of their equity intheir home, or even the home itself," Gramlich said in 2000 while putting forward a Federal Reserve proposal for a modest strengthening of regulation. 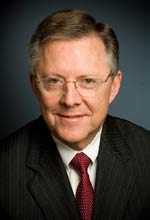 John Reich, while he was director of the Federal Deposit Insurance Corporation, warned of an increase in subprime lending and the risky securitization of mortgages in testimony about the failure of subprime lender Superior Bank. Testifying before the Senate Committee on Banking, Housing and Urban Affairs on October 16, 2001, he said: âSince 1997, the FDIC and the other federal banking regulators have been warning the industry about the increased risks in subprime lending through various formal communications and during on-site examinations. â¦ Further, since most subprime lenders in the bank and thrift industry have not been tested in a prolonged economic downturn, it is realistic to expect additional problems for institutions with concentrations of subprime loans should economic conditions deteriorate further.â