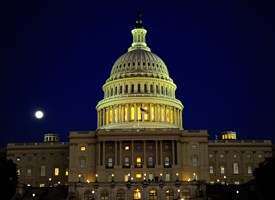 If all goes as expected today, the Senate will pass an $838 billion economic stimulus plan that follows a compromise reached over the weekend. But before the package can go to President Barack Obamaâs desk, the Senate will have to resolve differences with the House and its $819 billion version. Most predict a bruising battle that wonât wrap up until weekâs end, in part because of fiery differences over tax cuts and spending on food stamps and education, a critical issue for Democrats who control the House.

So how do the two versions stack up? Weâve put together a chart so you can easily spot the differences.

The chart and other stories are part of ShovelWatch, our ongoing project with WNYC Radio of New York to track the stimulus package.

See the chart after the jump...