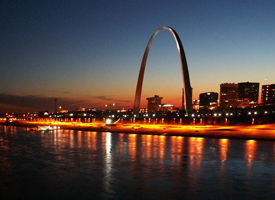 We've heard this story before: America's metropolitan areas are losing out to its rural areas when it comes to getting stimulus dollars. What we didn't know is by how much. "The 100 largest metropolitan areas are getting less than half the money from the biggest pot of transportation stimulus money" and they "contribute three-quarters of the nation's economic activity," according to today's New York Times. The Times tells you that this trend will continue. That may or may not be the case. States had a June 29 deadline to obligate, or decide how to spend, 50 percent of their transportation money. But my colleagues here at ProPublica discovered that there's more than one way to meet the deadline. By June 30, they found, "13 (states) still hadn't obligated 50 percent of their total highway funds ... Nevada, for one, had committed only 35 percent." It turns out that states had to obligate only the money controlled by the state governments, not the funds transferred to big cities and urban areas. So cities may not have fully reported their spending projects yet; we've put in a call to the U.S. Conference of Mayors to ask about it.

On Wednesday, we noted that the now-simmering debate over whether the stimulus has created jobs is creating factions in Congress. As concerns grow over the stimulus's impact, Democratic governors are being pulled into the fray. Pennsylvania Gov. Edward Rendell appeared on Capitol Hill for a hearing before the House oversight committee and found himself getting quizzed by Rep. Jason Chaffetz, R-Utah, over just how many jobs the stimulus had created in Pennsylvania. Rendell's answer? "A couple of thousand." (Remember: Pennsylvania has spent nearly $1 billion in stimulus money). The Philadelphia Inquirer has the full exchange.

Also up for debate was the just-released Government Accountability Office report. Among the report's central findings are that states are not using stimulus money to innovate or build new infrastructure, but are using it to plug budgetary gaps. Get ProPublica's lowdown on the GAO report here. For more on how stimulus money is propping up state budgets, check out this piece in today's Wall Street Journal.

So, is the White House for or against a second stimulus? While at a conference in Singapore on Monday, a White House economic adviser said, "We should be planning on a contingency basis for a second round of stimulus." On Wednesday, Marc Ambinder at The Atlantic got ahold of two administration officials who told him that "the president will wait at least six months before deciding whether to support a second stimulus package." Nevertheless, on Wednesday, Rob Nabors, the deputy director of the Office of Management and Budget, denied that the administration is considering a second stimulus. Today, U.S. News & World Report published "Top Obama Aides: Second Stimulus 'Might Eventually Be Needed.'" Looks like time will tell if this stimulus is working and whether another is in the works.

In advance of his trip to Saratoga County, N.Y., Vice President Joe Biden got a not-so-warm welcome message from former New York Gov. George Pataki. Appearing on CNBC's "Squawk Box," Pataki warned the administration against a second stimulus, saying, "When something didn't work the first time, you shouldn't do it a second time."

Over at The Stash, Noam Scheiber looks at a recent analysis by a Goldman Sachs research team stating that we've felt about 40 percent of the stimulus's benefits.

The National Endowment for the Arts has awarded its stimulus grants to hundreds of orchestras, theater troupes, museums and literary foundations. Check out these articles from the Detroit Free Press and the Kansas City Business Journalon how in-state cultural groups will use the money. This should make for some good political theater, too. In Act 1, Republicans will mock stimulus dollars being spent on ballet and sculpture gardens. In Act 2, artists will argue that their jobs are just as important as those of construction workers and bankers. In Act 3? ... That act has yet to be written. Stay tuned.

Rea Hederman, a senior policy analyst at the Heritage Foundation, a conservative think tank, calls for Congress to "repeal the remaining wasteful spending from the first (stimulus) bill and focus on policy proposals to encourage capital formulation and reduce taxes on successful companies both large and small."