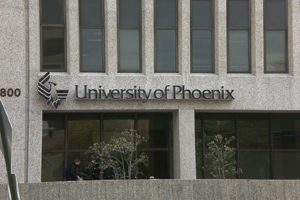 The University of Phoenix has responded (PDF) to our recent story on its enrollment practices, calling it a "nothing more than a series of anecdotes." We reported the story with Amy Scott of Marketplace and you can hear the resulting radio stories here and here.

Our story reported that University of Phoenix students who enter associate degree programs graduate at a lower rate than students at comparable for-profit institutions. The story incorrectly said that 37 percent of Phoenix students who begin two-year programs ultimately graduate. We have corrected our story to reflect the accurate figure, which according to the university's annual academic report (PDF) is 27 percent.

As the story on Marketplace reported, that's less than half the 60 percent rate of graduation achieved by students seeking two-year degrees at for-profit institutions.

The university's assertion that the ProPublica stories were "anecdotes" did not address its recent announcement that it was setting aside $80 million to settle a lawsuit brought by two former employees who say they were improperly pressured to sign up students. It also did not refer to the $10 million University of Phoenix paid to the Department of Education in 2004 to resolve a federal examination of its recruiting practices.

Investigators reported that Phoenix was illegally pressuring recruiters to sign up unqualified students, and creating elaborate systems to "avoid detection by the Department."

Finally, the University of Phoenix said that ProPublica did not take up its offer to call a recruiter at random. That is not correct. We did so and the person who handled our inquiry provided accurate information about courses. The recruiter, however, also sent an e-mail to us noting that she was not "in any way, shape or form on commission" and that the enrollment of additional students "does NOT benefit me in any way other than the satisfaction of knowing that people are getting the education that they deserve!"

The university acknowledged to us that recruitment success does figure in its employees' compensation. "It is entirely appropriate and lawful for schools to pay recruiters in part based upon how well they perform their job," the university wrote in its press release responding to the ProPublica/Marketplace stories.

A County Elections Director Stood Up to Locals Who Believe the Voting System Is Rigged. They Pushed Back Harder.

Churches Are Breaking the Law by Endorsing in Elections, Experts Say. The IRS Looks the Other Way. 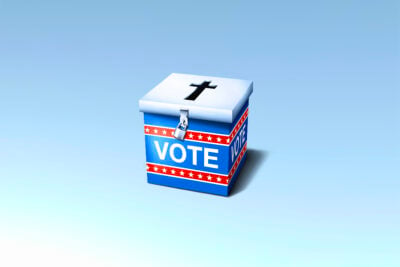