The Voice of America plans to eliminate seven radio language services this year, reflecting the Bush administration's emphasis on outreach to the Muslim world. Among the cuts are the radio and TV broadcasts of the Russian service, along with radio broadcasts in Ukrainian, Serbian, Hindi, Macedonian, Bosnian and Georgian. 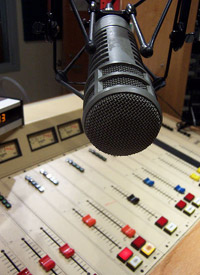 Critics blame the cuts on the hundreds of millions of dollars absorbed by Alhurra, the U.S. government-funded Arabic television news channel. ProPublica has published tworeports on turmoil and waste at the network.

VOA employees have long been unhappy with the direction of the agency, which currently broadcasts in 45 languages.

More than a third of VOA employees, nearly 500, signed a petition in 2004 protesting the "dismantling" of the agency. The protest came after the creation of Alhurra and Radio Sawa, the Arab radio service that VOA employees say relies on popular music and entertainment at the expense of substantive news programming, VOA's hallmark. The services replaced VOA's Arabic programming, which cost no more than $7 million a year. That's far less than the "huge boondoggle" of Radio Sawa and Alhurra, said Tim Shamble, president of the American Federation of Government Employees (AFGE) Local 1812. Alhurra and Radio Sawa have received nearly $500 million in U.S. taxpayer dollars since 2004.

Tish King, a spokeswoman for Voice of America, said the language services cuts are the result of "painful decisions" that reflect a focus on "places where, based on research, we can be most effective."

The administration has been seeking cuts to various language services for years, only to be rebuffed by Congress. In 2006, the administration's proposed budget for the Broadcasting Board of Governors (the agency that oversees Alhurra and VOA) included reductions or eliminations in "non-war on terror related language services." When the 2007 budget proposed reductions to even more services, Congress stepped in and provided funding to prevent it.

Among the reductions sought that year were broadcasts in Tibetan by VOA and Radio Free Asia, another U.S.-backed effort. A contingent of Tibetan monks visited Capitol Hill to lobby the House appropriations committee not to reduce the broadcasts, and ultimately the broadcasts were spared. In fact, VOA and Radio Free Asia increased their broadcasts this spring in light of unrest in the country, King said. She said the shift was just part of the "very dynamic" nature of international broadcasting.

"The fact that Tibet was originally scheduled to be reduced and is suddenly not on the chopping block is a good indication of why it's not a good idea to eliminate these languages," said Myrna Whitworth, a 28-year veteran and former acting director of VOA. "You never know when they'll be needed again. The idea of totally eliminating these services doesn't make any sense."

This time around, however, King said Congress is on board with the cuts, which will be effective in September. Matthew Dennis, a spokesman for Rep. Nita Lowey (D-N.Y.), chairwoman of the appropriations subcommittee that oversees funding for the BBG, cautioned that the appropriations process for VOA funds hasn't been finalized. He stressed that the agency's funding increased annually between 2006 and 2008, although the administration's proposed 2009 VOA budget is $185.6 million, about $10 million less than in 2008.

King said the cuts don't mean that U.S. broadcasts for the affected areas will disappear. For instance, she said, Radio Free Europe will continue to broadcast in Georgia, and VOA will continue TV programming in Hindi even though radio broadcasts will cease. Whitworth and other VOA veterans, however, argue that surrogates like Radio Free Europe and Radio Free Asia do not have the same journalistic standards as VOA. King said those services provide "balanced news and information."

Russia is a different animal. The Russian government's successful effort to squelch airing of VOA or Radio Free Europe material by radio or TV affiliates has made Russia "a really challenging market," King said. Given that VOA's shortwave radio service had such a small audience -- just two percent -- she said broadcasting by Internet was the best option for VOA.

Shamble, the union representative for VOA employees, said that eliminating the shortwave broadcasts was precisely the wrong move, since they reach the country with little danger of being blocked. Internet broadcasts are far more vulnerable, he said.

Correction, July 9, 2008: This post originally described a reduction to seven language services. It has been changed to clearly indicate that it is VOA's radio services that are being cut. Also the post originally referred to cuts in the Tibetan services, which were only slated for reductions.