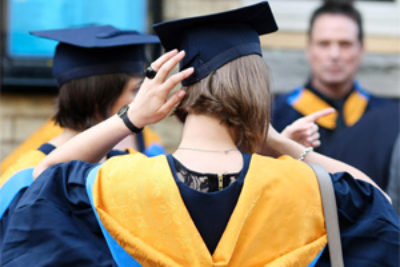 It was with some fanfare that the Obama administration announced last fall that it was ramping up a program to help students with federal loans reduce their monthly payments. Under the program, payments are adjusted based on how much students earn — what’s known as income-based repayment.

Yet, even while the administration has emphasized easing the burden for student borrowers, some contractors with the Department of Education appear to be exacerbating it.

Bloomberg reported this week that some federally contracted debt collection agencies have been playing hardball with borrowers who are behind, insisting on payments the borrowers can’t afford — even when federal student-loan rules allow more leniency.

The debt collectors have an incentive to be tough.  As Bloomberg explains:

Under Education Department contracts, collection companies “rehabilitate” a defaulted loan by getting a borrower to make nine payments in 10 months. If they succeed, they reap a jackpot: a commission equal to as much as 16 percent of the entire loan amount, or $3,200 on a $20,000 loan.

These companies receive that fee only if borrowers make a minimum payment of 0.75 percent to 1.25 percent of the loan each month, depending on its size. For example, a $20,000 loan would require payments of about $200 a month. If the payment falls below that figure, the collector receives an administrative fee of $150.

Striking that balance, it seems, hasn’t been easy. Consumer advocates chafed when President Obama, as part of a deficit-reduction plan promoted last fall, recommended allowing debt collectors to robo-call the cell phones of borrowers who fell behind on federal student loans and other debts to the government.

That plan didn’t get far. But the measure resurfaced as a line item [PDF] in Obama’s proposed 2013 budget last month.

As Bloomberg noted, federal student-loan rules require that collectors work out “reasonable and affordable” payments with borrowers to get them back on track, but the rules don’t spell out how such a calculation should be made. The Department of Education is meeting with key student-loan stakeholders this week to discuss, among other things , whether to use the income-based repayment formula to help set that standard. (As it stands, only borrowers who are current on their federal loans are eligible for help via income-based repayment.)

One thing that isn’t on the table at these rule-making meetings? A measure hailed by some advocates as potentially the single most important rule change for student borrowers who’ve become severely disabled and are seeking a discharge of their federal student loans. As we reported last year, the department initially pledged to overhaul the program and consider whether to simply accept Social Security determinations of disability instead of its current complex and opaque process. The department subsequently backed off that fix. Now it isn’t even on the agenda [PDF].