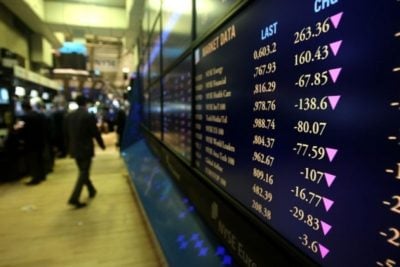 Deutsche Bank is the latest financial institution to be fined for not warning investors about the role of the hedge fund Magnetar in creating complex mortgage-backed deals that later failed.

As we detailed in 2010 with This American Life and NPR’s Planet Money, Magnetar helped create $40 billion worth of deals. The hedge fund, meanwhile, had taken positions that allowed it to profit when many of those same deals collapsed. Since ProPublica reported on Magnetar's dealings three years ago, there's been a long line of investigations and settlements related to the firm.

A Massachusetts financial regulator fined Deutsche Bank $17.5 million Wednesday, saying that the bank did not disclose the role of a securities unit or Magnetar in structuring one such deal – a collateralized debt obligation known as Carina CDO Ltd.

In marketing the deal to investors, Deutsche Bank also did not reveal that Magnetar planned to bet against some of the assets in Carina.

“There is not a single reference in Carina’s sales and marketing materials relating to conflicts of interest,” wrote Massachusetts Secretary of the Commonwealth William Galvin in an order released yesterday.

Carina was worth $1.56 billion, and went bust in 2007, just a year after it was created. Carina was one of the deals described in ProPublica’s articles.

In reaching the settlement, Deutsche Bank did not admit or deny the charges against it. That’s also been the case in other settlements related to Magnetar deals. Such settlements now total more than $300 million. A spokeswoman for Deutsche Bank said, “We are pleased to have reached this settlement and put this matter behind us.”

Magnetar has never been charged with any wrongdoing related to the creation of the deals and has always maintained it did not select the assets that went into its CDOs and that it was "market neutral," meaning it would make money whether housing rose or fell. Magnetar has not responded to our latest request for comment.

and place bets against similar assets:

The emails also show that the bank was anxious about potential investors knowing about Magnetar’s role in Carina — naming a hypothetical “random Asian investor.” (“Constellation deals” refers to Magnetar’s habit of calling CDOs after constellations.)

One investor “[did] not like” that Magnetar was shorting assets in Carina. That prompted Deutsche Bank to ask how the investor knew about it:

Another investment firm involved, State Street Global Advisors, was uncomfortable with Magnetar betting against assets in Carina. As the manager of the deal, State Street was tasked with looking out for investors’ financial interest. In one email exchange, a State Street executive wrote:

As we reported in 2010, some at State Street were concerned about “reputational risk” from being involved with Magnetar. Indeed, last year, Massachusetts slapped State Street with its own $5 million fine for its involvement in Carina. (State Street also did not admit or deny any wrongdoing.)

Massachusetts has been more assertive in bringing cases stemming from the financial crisis than other regulatory bodies. Galvin, the Secretary of the Commonwealth, told ProPublica he is motivated “not just to get some justice but to have these cases serve as cautionary tales” for the industry.

According to the Wall Street Journal, Deutsche Bank’s handling of CDO sales has been under investigation by the Securities and Exchange Commission, and also referred to the Justice Department for review. Deutsche Bank declined to comment on any investigations.The bank’s securities unit and Magnetar co-invested in six deals totaling more than $10 billion, according to the Massachusetts order.

The SEC is also reportedly investigating Magnetar itself.

The firm disclosed Wednesday that it had raised $370 million to invest in new mortgage deals.