This morning, as a gesture of good will and sympathy, staff from ProPublica at 55 Broadway in New York City served a breakfast of croissants and coffee to the journalists reporting across the street from Dominique Strauss-Kahn’s temporary residence at 71 Broadway.

The journalists – from French and American media outlets – were thrilled to get a free meal and coffee. However, one person refused our coffee because we did not have milk to go with it (clearly he was French!).

Apparently, one photographer was more enamored with ProPublica’s social media intern than he was with the free goodies. After pointing out to her that his camera and lens were bigger than hers, she remarked, “OK, you win.”  To which the photographer replied, “No, you win because you’re cuter.”  A bit ironique, non? 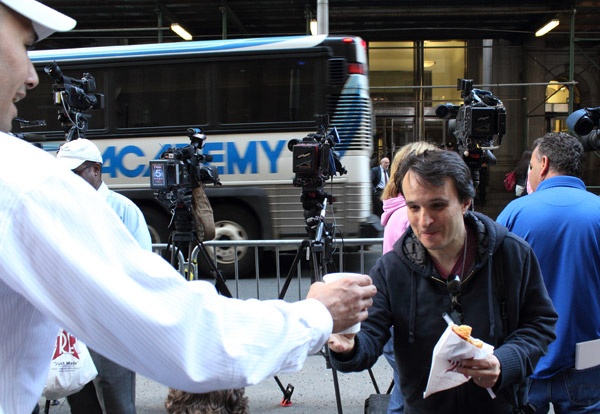