Over the past year, ProPublica has been tracking civil rights issues in schools across the country. We’ve reported on Obama-era investigations that have been closed by the Trump administration. We released a database of every civil rights investigation carried out by the U.S. Department of Education’s Office for Civil Rights over the past three years. And this month, we published Miseducation, a news application that allows you to look up racial disparities in more than 96,000 schools and 17,000 districts using data from the 2015-16 school year. 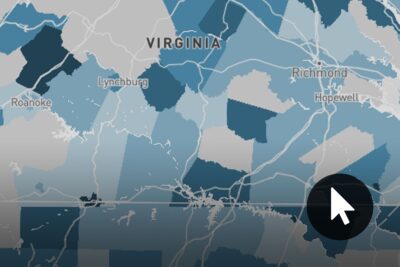 Using our database, we’ve written about how the long history of segregation and resistance to integration in Charlottesville, Virginia, has contributed to one of the widest achievement gaps between black and white students in the country.

Local reporters have also used our database to dig into racial disparities in schools and districts. Chalkbeat reporters examined student access to behavioral and social support staff in New York City, lapses of school discipline in Newark, New Jersey, and the dearth of Advanced Placement courses in Detroit’s high schools. Bethesda Magazine used our news application to look at the achievement gap in Montgomery County, Maryland, and Indy Week reported on racial disparities in school punishment in Wake and Durham counties in North Carolina.

So how can you investigate civil rights issues in your school district?

Before you dive into your investigation, you should understand some key concepts.

Gifted and talented programs provide specialized support and enrichment activities to students that a school district identifies as exceptional.

A dissimilarity index is one of the most commonly used measures of segregation. In our online database, we calculate how evenly distributed two racial or ethnic groups of students are across schools in a district.

The achievement gap refers to a persistent gap in academic performance between certain racial and ethnic groups of students.

A risk ratio is a measurement that compares the risk of an event between two groups. In our news application, we have calculated risk ratios to illustrate racial gaps in how often students are suspended or participate in high level academic programs.

Title VI is a part of the Civil Rights Act of 1964 that prohibits discrimination based on race, color or national origin in programs that receive federal funds, including the nation’s 96,000 public schools.

Title IX is part of the Education Amendments of 1972 that prohibits discrimination on the basis of sex in education programs or activities that receive federal funds.

ADA/504 refers to the Americans with Disabilities Act and Section 504 of the Rehabilitation Act, both of which prohibit discrimination against students on the basis of disability.

There are dozens of stories you can report out in any school or district. Here are a few ideas to help you launch an investigation into local education inequities.

1. White students nationally are more likely than other groups to participate in gifted programs and Advanced Placement classes, which contributes to the achievement gap. Does this reflect your local schools

Some schools and districts provide excellent enrichment opportunities for their students. However, not all groups participate at the same rate in these programs. In Charlottesville, for example, white students are nearly six times as likely as their black peers to be enrolled in at least one Advanced Placement course. This trend is not unique to Charlottesville. Across the country, white students are on average about twice as likely as their black peers to participate in gifted programs and advanced courses.

For more than 2,000 districts, we show how many grade levels that verage black and Hispanic students are behind their white peers. The data comes from the Stanford Education Data Archive (SEDA). Interview school and district officials about why the gap exists. Look up your district’s performance on state exams over time, and if possible, obtain data disaggregated by race and income level.

2. Black students nationally bear the brunt of punitive discipline in schools, which may spur some of them to drop out, pushing them into what sociologists call the “school-to-prison-pipeline.” Does this affect your local schools?

3. Dozens of school districts across the country are under school desegregation orders with federal agencies or courts, dating back as far as the 1960s. Investigate how segregated your district is today.

Just because a district has been under a desegregation order for years or decades may not mean that it has achieved meaningful integration. For example, Jefferson County School District in Alabama has been under a court-mandated desegregation order since 1965. According to our dissimilarity index, the district remains highly segregated. And in the past few years, a mostly white town within Jefferson County attempted to secede from the district in an effort to resegregate the county’s schools.

4. Hundreds of school districts across the country are under investigation by the U.S. Department of Education’s Office for Civil Rights. Do your own investigation into these districts.

The Trump administration is less likely than its predecessor to regard racial disparities in school districts as an indicator of civil rights violations. For example, for years, the federal government investigated why black students in Bryan, Texas, were almost four times as likely as white students to be suspended. Over the course of the inquiry, federal investigators dug up at least 10 instances where black students received harsher punishment than their white peers for the same behavior. But after Betsy DeVos took over the Education Department, the investigation was closed with no findings of wrongdoing. The Education Department did not respond to ProPublica’s questions about the Bryan case.

5. Some schools and districts may be misreporting or misrepresenting data to the federal government. Hold them accountable.

Schools in Newark reported to the federal government that thousands of students had been suspended during the 2015-16 school year. But, according to a report from Chalkbeat, the schools are misreporting suspension data to state authorities, making them look better in state reports that parents consult to learn about the quality of a school.

Most of the data in our interactive comes from the Civil Rights Data Collection (CRDC), which is administered by the U.S. Department of Education’s Office for Civil Rights. The department collects data every two years from all schools and districts across the country on a range of topics from Advanced Placement enrollment to suspension rates. The most recent data release, and the one displayed in our interactive, covers the 2015-16 school year. All public schools and districts are required to report data to the department. Many of the fields are broken down by race and ethnicity, providing a snapshot of inequities across the nation’s schools. The CRDC data was used as the master list for all schools and districts to be included in the interactive. Read more about the other data sources here.

As most of our data comes from a federal survey, schools may have reported their data incorrectly, as with any self-reported survey. Though districts are required to ensure the accuracy of their data, some may still report incorrect figures. The federal government attempts to identify and look into anomalies before releasing the data to the public, and the office may occasionally releases updates. We intend to update the data in our interactive shortly after updates or changes. Read more about the limitations of our data here. 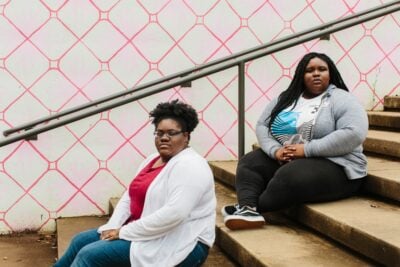