Today we published a story and interactive news application revealing why the flood risk maps in effect across New York and New Jersey predicted Sandy’s flooding so inaccurately. Instead of the latest technology available, which would have painted a far more accurate picture of the risks for homeowners and flood planners, FEMA’s maps relied on a patchwork of technologies, some dating to the 1980s.

For our project, we did an analysis of a few geographical data sets. In order to rank how well each county’s maps predicted Sandy's flooding, we compared the area of Sandy's storm surge as measured by the FEMA Modeling Task Force (specifically, the February 14, 2013 update) to the area of storm hazard zones in the effective maps in coastal New York and New Jersey counties.

To make the calculation, we only considered land in zones starting in A or V. These are areas which FEMA requires mandatory flood insurance. We wrote software to compare the areas of the two maps using the C++ OGR API. The software calculated the amount of overlap between the geographical areas —how well the maps predicted where Sandy would flood.

There are some important caveats to note when comparing predictive flood risk maps and actual flood inundation maps. Floods like the ones that came ashore with Superstorm Sandy do not hit everywhere equally. Although FEMA estimates that flood zones starting with an A or a V carry a one percent risk of flooding in any given year, there were only certain places in which Sandy was actually a “100 year storm.” In some places, Sandy was a rarer flood and in other places, a more common flood. This explains some, but not all, of the variation in accuracy.

Also, a FEMA official told ProPublica that the accuracy of the inundation maps may vary from location to location, but overall it represents a “very accurate overall depiction of the extent of flooding from Sandy.”

Nevertheless, we believe, as do experts we spoke with, that there is such a striking difference in the accuracy of the flood risk maps -- look, for instance, at the gap in accuracy between New York’s adjoining Queens and Nassau counties -- that these differences were notable. Areas with newer maps using newer technology predicted the flood extents far more accurately overall.

To find buildings that the maps updated in 2007 left out, ProPublica analyzed data from several New York City agencies, Preliminary Work Maps FEMA released in June and FEMA’s Sandy structure damage assessments. We counted 9,503 buildings damaged during Sandy that are included in FEMA's 2015 preliminary risk maps, still in the works, but not in the 2007 risk maps, which were in effect when the storm hit. Of those buildings, 398 were built or altered in or after 2007 -- when more accurate flood maps, had they been ready, could have alerted owners and builders to the dangers of building in those areas. This is the subset we used to find affected homeowners to interview for our story.

We chose buildings that fell into the following categories according to the US Army Corps of Engineers and FEMA: “affected,” “major,” “minor” and “destroyed” (see their methodology). To find the subset of these buildings that were built or altered in or after 2007, we restricted our query to buildings the city's assessment roll specified had “year built” or “year altered” values of 2007 or higher. We wrote software using the C++ OGR API to find these buildings.

We’ve made the scripts and the data they rely on available to download. We welcome further analysis and research. If you see any problems or ways we could have done our analysis better, please let us know by emailing [email protected]. 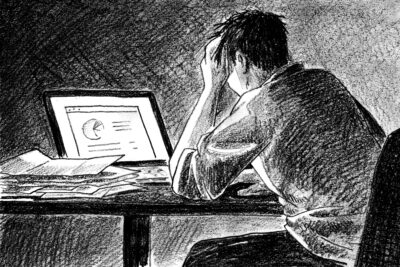 Help Us Investigate Collection Practices at Virginia Colleges and Universities