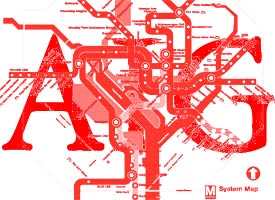 When Congress reopens for business this week, lobbyists will descend upon Capitol Hill, seeking relief for clients suffering from the economic meltdown. Among those pressuring for a bailout: city transit agencies.

As ProPublica and othersreported recently, the meltdown of insurance giant AIG could leave more than 30 public transit agencies on the hook for up to $3 billion.

The problem stems from the recent failure of longstanding financing deals between banks and agencies such as the Washington, D.C., Metropolitan Area Transit Authority, or Metro. As part of the deals, banks bought transit equipment from cities and then leased them back to the transit agencies to use at a discount. The banks received sizeable tax breaks, and the agencies enjoyed much-needed cash up front from the deals, which are now banned by the IRS.

AIG guaranteed many of these so-called tax shelters -- until its credit rating was slashed in September, sending the deals into default. Now, banks have begun to demand huge termination fees from Washington, D.C., and other major cities.

D.C.’s Metro authority settled last Friday with a Belgian bank, which had been seeking $43 million from the agency. Though neither side disclosed the terms of the deal, Metro officials touted the settlement as a success that might discourage other banks from seeking collection.

"This sends a message to banks that you’re not going to be able to make a windfall on the backs of transit agencies," said Metro spokeswoman, Candace Smith.

Last week’s settlement apparently was not enough to satisfy Metro. The agency has dispatched its lobbyists to the lame duck session of Congress, seeking help on another 14 now-in-default deals with banks that could cost Metro about $300 million, more than half its capital budget.

Metro's lobbyists, Holland & Knight, will ask Congress to carve out aid for transit agencies from the potential upcoming stimulus package, Smith said. (So far this year, Metro has paid $120,000 to Holland & Knight, a top lobbying firm that also represents Atlanta's transit agency, another system facing bank disputes. The firm did not return a phone call seeking an explanation of its plan to help the agencies.)

But the stimulus package could fail, or some lawmakers might balk at bailing out transit agencies that helped banks shelter millions in income from taxes.

In that case, transit officials have a contingency plan: Executives from several city transit agencies will hit the Hill tomorrow to plead their case. Specifically, they will ask Congress to pressure the Treasury and the Federal Reserve to replace AIG as the guarantor of the deals.

This plan "won't cost the federal government anything," said Smith, of Metro. That is, unless transit agencies go bankrupt or fail to make lease payments to the banks.

Because the federal government approved and once promoted (PDF) some of the tax shelters in its "innovative financing handbook" (PDF), Metro officials argue that the government is obliged to help.

"The only reason we pursued these is the federal government said, 'Go ahead and do it,'" Smith said.

But the Treasury has been reluctant to offer support.Secretary Paulson said at a news conference last week that aiding the transit agencies is "not the focus" of the government's $700 billion bailout plan.

If the government does not intervene, the dozens of shelter deals remaining nationwide could end up in court. If the banks win in court, transit agencies have threatened to make significant cuts to services.

Agencies in Los Angeles, San Francisco, Chicago, Atlanta, Philadelphia, San Diego, New Jersey and several other cities and states could face service cuts, according to news reports. Still, some banks are eager to settle, because the IRS is offering a kind of amnesty for firms that terminate their now-banned shelters by the end of the year.

In Metro's dispute with the Belgian bank, a U.S. District Court judge suggested a settlement that would give the bank about $17 million from a trust account that Metro created to make lease payments. The judge barred the final settlement terms from being disclosed, though it's likely that Metro paid less than the $43 million the bank demanded. In an earlier settlement, Metro paid another bank $30 million.