This week, my NPR Illinois and ProPublica colleagues reported on a lawsuit filed by two former University of Illinois at Urbana-Champaign students and a professor at another college against former Illinois professor Gary Gang Xu, alleging he assaulted, bullied and raped multiple students — and specifically targeted female Chinese students.

During the past decade, the flagship campus at Urbana-Champaign has become a destination for students from China and has enrolled more Chinese undergraduates during some years than any university in the U.S. There are 569 freshmen from China this year, about 7.4% of the class, according to university data released this week. Overall, there are 5,825 U. of I. students from China, including more than 3,000 undergraduates.

Five years ago, while a reporter at the Chicago Tribune, I traveled to China to write about this phenomenon. It was the first year that admissions officials held freshman orientation sessions in Beijing, Shanghai and Guangzhou, a reflection of the growing student population and the need to help them prepare for college life in the U.S.

I spoke with Xu while reporting that series. He was a university expert on the subject. A native of Nanjing, China, he started teaching at the university in the early 2000s. He explained that the connection between the university and China dates to the early 1900s, when then-university President Edmund James encouraged Chinese students to study there. James wrote in a journal article that educating Chinese students would benefit the U.S. and help secure relations between the two countries.

James also persuaded President Theodore Roosevelt to create a scholarship program, with money China paid to the U.S. at the end of the Boxer Rebellion in 1901, to support Chinese students’ studies here.

So when Chinese students began studying abroad in the 1980s, many picked Illinois.

“Chinese college students heard these stories, and those historical roots opened the door at the right time for us. When the floodgate was lifted, students were thinking of U. of I. as a nice destination because of all of these stories,” Xu told me in 2014. 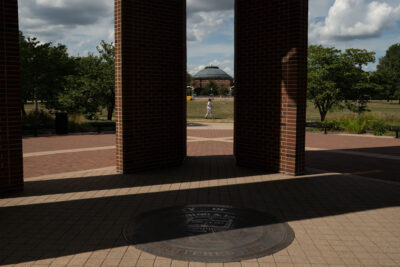 At the time, he was a tenured professor and the head of the Department of East Asian Languages and Cultures. The lawsuit alleges that, at the same time, Xu was in an abusive relationship with an undergraduate student from China, one of the lawsuit’s plaintiffs. She was 19 and he was 45 when they met, according to the lawsuit, and he allegedly sexually assaulted her and coerced her to have an abortion. He allegedly threatened to send her back to China if she did not drop reports she made to the university about his conduct. (I knew nothing about these claims when I spoke with Xu).

In March 2018, Xu denied sexual assault claims, as reported in the student newspaper. He resigned from the university last year, two years after a university investigation found he committed misconduct. He was on paid leave for more than two years — from Jan. 1, 2016, to Aug. 15, 2018 — and received $10,000 as part of his resignation agreement. His salary had been $85,446.

The agreement also contained a confidentiality clause that said Xu “shall not disclose the existence or terms” of the agreement to “anyone else” including “members of the mass media.”

The university told NPR Illinois and ProPublica reporters in a statement: “We are aware of the filing and are reviewing it. We cannot comment on any of its contents at this time.”

Xu had a lot to say when I spoke with him five years ago about how the influx of Chinese students has changed the campus, the communities of Urbana and Champaign, and the students.

So far, he has not commented about the allegations in the lawsuit, which got a lot of media attention this week. He did not return my calls or emails seeking comment.