In order to keep tabs on how the Treasury Department is handling the $700 billion bailout, Congress split up the payments. The first $350 billion is dwindling fast. $250 billion was set aside to buy stakes in the nation's banks (here's our tally of where that's going) and yesterday $40 billion went to AIG as part of its renegotiated bailout.

That only leaves $60 billion. The Treasury has not even begun implementing its original plan, to purchase troubled mortgage assets. And with a number of major American institutions -- General Motors, GMAC, bond insurers, insurance companies, etc. -- pushing for their share of the bailout, that figure is likely to run out soon. Before it does, Treasury Secretary Henry Paulson will be forced to return to Capitol Hill for the second helping. Such a journey is proving increasingly "likely," the Wall Street Journal ventures.

So what kind of welcome will Paulson get when he returns? Democratic leaders in Congress have been voicing three main complaints. First, both House Financial Services Committee Chair Barney Frank (D-MA) and Sen. Chuck Schumer (D-NY) have called for Treasury to require that banks receiving the government's billions use the money for lending, as opposed to paying dividends and bonuses or funding takeovers of weaker banks. Second, the Democratic leadership has very publicly pushed Paulson to include the country's struggling auto companies in the bailout. And third, they want immediate aid directly to homeowners.

In other words, the bailout might be about to get a lot bigger. And while the $700 billion package was originally pushed as a package to stimulate essentially healthy, but struggling institutions, its focus is increasingly shifting to helping failing ones.

The $40 billion to AIG was the first chunk of the money that went to prop up a failing institution. The congressional pressure to aid Detroit indicates it could be just the beginning. From Bloomberg:

Taxpayers are "keeping the zombie alive," said Robert Eisenbeis, chief monetary economist at hedge fund Cumberland Advisors and former director of research at the Atlanta Fed. "We keep getting deeper and deeper into these holes."...

"Are you going to do General Motors and Ford, and, if you do those, are going to go on and do retailers?" said William Isaac, former chairman of the Federal Deposit Insurance Corp. and now chairman of the Secura Group LLC. "Where does it stop? That is a very difficult decision we are going to face as a country."

In comments to the Journal, Sen. Schumer seems to signal a shift in that direction: Lawmakers want to "focus the program on struggling, not healthy, institutions" and "widen the scope of the program to include a greater variety of financial firms," he said. If that is indeed the case, then Paulson will return to Congress with the two sides widely divergent on the basic aims of the bailout.

It should make for a good debate. Whether a good bill will emerge is more doubtful. 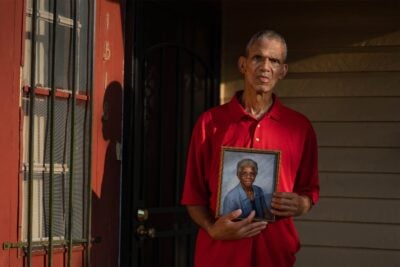 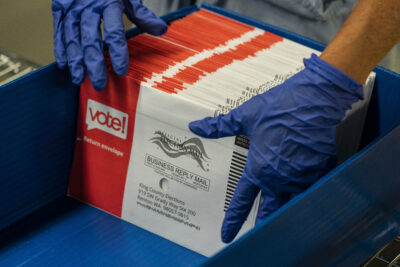 Reporting Recipe: How to Report on Voting by Mail