Dr. José Baselga, the former chief medical officer of Memorial Sloan Kettering Cancer Center, resigned under pressure on Wednesday as one of the editors in chief of Cancer Discovery, a prominent scientific journal, after he failed to accurately disclose his conflicts of interest in dozens of articles in medical journals.

The American Association for Cancer Research, which publishes the journal, said a panel of experts and the group’s board of directors had concluded that “Dr. Baselga did not adhere to the high standards pertaining to conflict of interest disclosures that the AACR expects of its leadership.”

“Consequently, Dr. Baselga was asked to resign from his role at the journal,” said a statement sent to the association’s members.

Baselga, a prominent figure in the world of cancer research, had helped found the journal and served as an editor for the past eight years. The AACR, which he formerly led as president, concluded that his omissions were inadvertent and said it would allow Baselga to continue publishing in its journals.

“Dr. Baselga is a valued member of the AACR with acknowledged expertise in clinical and translational cancer research,” Dr. Margaret Foti, the group’s chief executive, said in the statement.

Baselga’s disclosure lapses have prompted a broader discussion over the influence of the drug and health care industries on medical research, including whether journals should do a better job of ensuring that researchers accurately report their corporate ties. Teaching hospitals across the country have reminded faculty members of their obligation to disclose, and some have begun re-examining which relationships are appropriate.

Baselga resigned as chief medical officer of Memorial Sloan Kettering in September after The New York Times and ProPublica reported that he had failed to disclose millions of dollars in payments from health care companies in dozens of research articles. He also resigned from the boards of the drugmaker Bristol-Myers Squibb and Varian Medical Systems, a maker of radiation equipment.

Contacted for comment, Baselga provided the resignation letter he sent to the AACR. In it, he thanked the cancer organization for its “deliberate and thorough review” and said he takes “great heart from the panel’s finding that my failure to disclose was inadvertent. I understand, however, that the situation made it difficult for me to continue in a leadership role.” 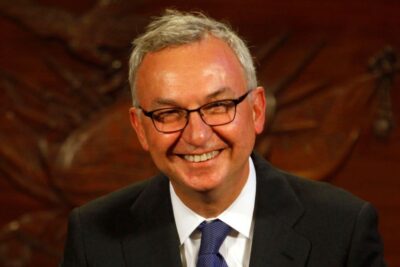 Leading medical figures have not accurately disclosed their relationships with drug companies.

Since September, Baselga has corrected his conflict-of-interest disclosures in several journals, including two in The New England Journal of Medicine, three in Clinical Cancer Research, five in JAMA Oncology and two in Cancer Discovery.

In a note that accompanied Baselga’s correction in The New England Journal of Medicine, editors described his failure as a “breach of trust.”

Baselga also revised disclosures with the American Society of Clinical Oncology, which said that his participation in future meetings will be contingent on a review of his presentation slides and that his sessions would be monitored for evidence of bias.

The group also said that if Baselga did not disclose his interactions in the future, he would be barred from participating in any meetings sponsored by ASCO for two years.

ProPublica and The Times found that Baselga had failed to report any industry ties in 60 percent of the nearly 180 papers he had published since 2013. That figure increased each year — he did not disclose any relationships in 87 percent of the journal articles that he co-wrote last year.

The AACR said its panel of experts will continue to look at conflict-of-interest disclosures, including how to “best harmonize such disclosures and provide greater clarity around these issues.”