Chicago Mayor Lori Lightfoot announced Wednesday a temporary halt to the city’s debt collection and ticketing practices to give low-income residents relief during the coronavirus outbreak.

Through April 30, and perhaps longer, the city will waive late penalties on city debts, including vehicle tickets and utility bills; suspend its vehicle booting program; and limit its ticketing, towing and impound operations to focus solely on public safety issues.

“We think that given the challenges that many of the people that will be most impacted by fines and fees are having, the time is now to act,” Lightfoot said at a press conference. “It’s the right thing to do. We know that cash flow is a significant issue, and we want to make sure that we’re doing our part to really hear people, recognize what their daily struggles are and use the levers of city government to help them rather than leave them reeling and potentially driving them into bankruptcy.”

ProPublica Illinois and WBEZ have reported extensively on the city’s aggressive ticketing and debt collection practices that send thousands of motorists into bankruptcy each year. That reporting has prompted significant reforms, including an end to driver’s license suspensions over unpaid parking tickets, some debt relief and the creation of more affordable ticket payment plans.

Eric Halvorson, a policy and communications associate from the Chicago Jobs Council, one of the leading voices in Illinois pressing for ticketing and government debt collection reforms, said he applauded the mayor’s announcement.

“People should have access to their vehicles, and they should not be worried about their family finances being further decimated by their local government while in the middle of a global pandemic,” he said.

“It seems like common sense and absolutely the right thing to do,” he added.

One of the biggest changes will be to reduce the kinds of tickets issued. Compliance tickets, including the $200 citations for vehicles that lack a required city sticker, will no longer be issued. Other tickets, including parking citations, won’t be issued unless the vehicle presents a safety hazard.

“If a car is left on the street, it’s going to be deemed abandoned, and then that car will be towed in that circumstance. So we want people to exercise common sense,” Lightfoot said. “But we do want to give people some relief from the normal ticketing collection regime that we would otherwise engage in.”

The city boots more than 60,000 vehicles each year over unpaid tickets, and some 20,000 wind up getting towed to a city impound lot, WBEZ has reported.

Other temporary measures include suspending a debt-check program for ride-share and taxi drivers that bars them from working in Chicago if they have any outstanding debt. The mayor’s office said the city’s private debt collectors will cease collections.

The city clerk’s office will also waive all late fees and back charges on city vehicle stickers through April 30, a spokeswoman said. That office’s physical locations will be closed starting Thursday, but residents can still email the clerk’s office at [email protected] if they have any questions.

Lightfoot emphasized that the changes are not permanent.

“This is a suspension; it’s not a waiver,” she said. “We obviously reserve the right to extend the time period, if necessary, but right now we want to be responsive to the people that are most in need.” 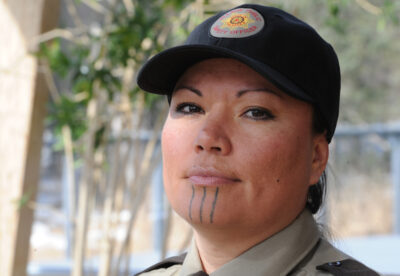