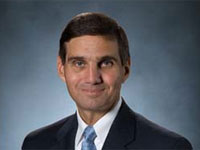 The District Attorney of Orleans Parish in Louisiana, Leon A. Cannizzaro Jr., said yesterday that he is evaluating “statements regarding possible criminal activity in this jurisdiction.” Cannizzaro was referring to statements made in a recent ProPublica/New York Times Magazine article about deaths at Memorial Medical Center in New Orleans following Hurricane Katrina.

In the magazine article, two physicians were quoted as saying they hastened the deaths of very sick patients after the city flooded, the hospital’s backup generators failed, and temperatures inside soared to above 100 degrees. Both strongly defended their actions as appropriate under the circumstances.

Cannizzaro stressed that his evaluation is not a formal investigation. “There is no investigation right now,” he said in a phone interview on Friday.

Cannizzaro said he had asked Dr. Frank Minyard, the Orleans Parish coroner, “to classify the deaths reported in” the article. Cannizzaro added that as a prosecutor “I’d be remiss if I did not at least ask the official [coroner] of this community about that, and that’s essentially what I have done.”

A previous investigation of the deaths at Memorial Medical Center ended two years ago when an Orleans Parish grand jury declined to indict Dr. Anna Pou on counts of second-degree murder and conspiracy to commit second-degree murder in the deaths of nine patients. Minyard appeared before that grand jury in 2007, but the deaths in question at the time were only a subset of those mentioned in the ProPublica/New York Times Magazine article.

Cannizzaro’s evaluation of the deaths could affect an ongoing civil lawsuit, filed in 2007, in which several news organizations and patient family members sought records of a nearly year-long Louisiana justice department investigation into all deaths at the hospital.

A status conference in the news organizations’ lawsuit was held last Wednesday at a district court in Baton Rouge. The Louisiana Supreme Court has asked the district court to determine “whether criminal litigation can be reasonably anticipated.” If it can be, then disclosure of the documents would be exempt from the public records law until that case was adjudicated or settled. A hearing in the records lawsuit is now planned for January 2010.