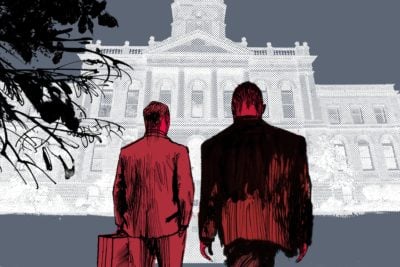 At least three members of Elkhart, Indiana’s city council say they would support paying for an independent review of the city’s police force if the U.S. Department of Justice declines to investigate.

Last month, Mayor Tim Neese asked the Indiana State Police to conduct a “thorough and far-reaching” investigation hours before the South Bend Tribune and ProPublica detailed misconduct by many top officers in the department.

The state police declined to investigate, saying it would be beyond their purview. They referred the mayor to the U.S. Department of Justice. But the Justice Department has retreated from oversight over local police departments.

Without help from the state or federal government, some city council members say they would support Elkhart hiring a private firm to do the investigation. The city took a similar approach in 1994, when it commissioned a study of the police department after five officers were held liable for civil rights violations.

One council member, Republican Richard Shively, says he is unsure how long the nine-member council would wait for the mayor to act.

“We’re all trying to be patient. We believe this is in the mayor’s hands at this point, but we’re not happy with the results,” Shively told the Tribune in a recent interview. “My hope is that the mayor will do his job and find out what condition his police department really is in.”

Another Republican councilman, David Henke, believes a majority of the council “would facilitate some money for an investigation to happen. We’re getting to the point we must [act] because DOJ is not going to look at this.”

If the mayor were to fail to find someone to investigate, Shively said, the council could initiate a review on its own.

Indiana’s chapter of the American Civil Liberties Union also called last week for an independent probe of the Elkhart police.

“It is clear … the police cannot police themselves,” ACLU of Indiana Executive Director Jane Henegar said in a statement. “Mayor Neese and the Board of Public Safety must work with community stakeholders and bring in a proven, independent third-party expert to examine these endemic and historic acts of brutality within the Elkhart Police Department.”

Another council member, Democrat Dwight Fish, said the city did not need an investigation — because there is already ample evidence of abuse. He cited a video the Tribune and ProPublica published showing two officers punching a handcuffed man.

“The mayor needs to do his job and fire the people who have done the abuse,” Fish said. “Frankly, I believe that the state police and the Department of Justice are correct in letting us take care of our own affairs because it is so obvious — the blatant use of force — and it’s time [for] a decision by the mayor.” 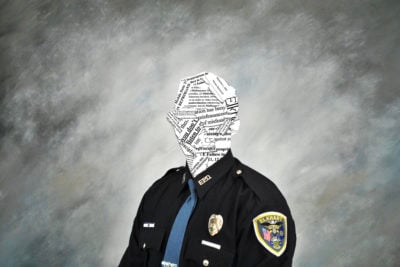 In an email Monday morning, a city spokeswoman said the mayor’s office has not received a response from the Department of Justice. As to the possibility of hiring a private firm, the spokeswoman said, “All options are still being assessed.”

In a statement, an Elkhart police spokesman also said the department was open to an investigation.

“The Elkhart Police Department is not opposed to an independent investigation into the operations of the Elkhart Police Department,” Lt. Travis Snider said in the statement. “However, a future conversation would have to take place between all parties involved to ensure … a fair and impartial investigation with limited interruption to day-to-day operations.”

The video of police punching a detainee has continued to reverberate. The mayor placed Police Chief Ed Windbigler on a 30-day unpaid suspension for the chief’s handling of the incident. Windbigler had initially told a civilian oversight commission the officers “went a little overboard.” He made no mention of the punches they threw. Windbigler also said there were no injuries in the incident, though the man was taken from the police station on a stretcher.

The Elkhart County prosecutor’s office filed charges in early November against the officers for the Jan. 12 beating — after The Tribune and ProPublica requested the video. The two officers have been on paid administrative leave, though the assistant chief has said their leave status could change depending on their criminal cases.

After the video was published, the mayor also said the police department would form a board to review every use of force by officers and look for any patterns of excessive force. City officials have said that board would have five members — all of whom would be police officers, including the assistant chief, a captain and an internal affairs investigator.

The proposed review board has faced criticism for being limited to police officers.

“The use of excessive force and shootings in Elkhart must be properly and impartially investigated, not just to hold individual officers accountable but to change the policies and practices that keep leading to police abuses of power,” Indiana’s ACLU said in a statement. “Appointing an oversight board that consists solely of law enforcement officials will not cut it.”

Update, Dec. 4, 2018: Elkhart Mayor Tim Neese announced Tuesday that he will seek an independent review of the city’s police department, focusing on police discipline and use of force. “This independent review will help to ensure that when policies are violated, we provide additional training and discipline, as appropriate, to maintain public trust in our police department,” Neese said in a press release. The statement also said whomever is chosen to do the review "will work in conjunction" with Elkhart Police Chief Ed Windbigler. The chief is currently serving a 30-day suspension for his response to a video of officers punching a handcuffed man.

The mayor's statement also noted that the U.S. Department of Justice has not responded to three inquiries from the city asking for help in reviewing the police department.

Help us investigate: The South Bend Tribune and ProPublica are investigating criminal justice issues in Elkhart County, Indiana. If you have a story to share, please email elkhartjustice@sbtinfo.com.

Christian Sheckler covers criminal justice for The South Bend Tribune. Email him at csheckler@sbtinfo.com and follow him on Twitter at @jcsheckler.