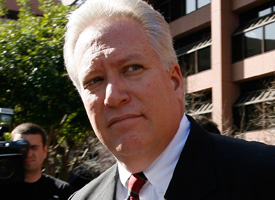 Court documents released this week in advance of Thursday’s sentencing of former CIA Executive Director Kyle "Dusty" Dustin Foggo provide a remarkable glimpse into the mindset of the key players in a sordid drama involving corruption that reached the highest levels of the CIA and touched the agency’s most sensitive and secret covert operations in the war on terror.

Depositions show that Foggo had his sights set on succeeding Randy "Duke" Cunningham in Congress, even after the former war hero and champion of defense spending had fallen from grace, bilking – for years – the very same defense budgets that he defended passionately from the well of the House. They show that Foggo was appointed to the CIA’s No. 3 post despite a checkered history with the agency. And they show that even as Foggo was defrauding the government the agency gave him three monetary performance awards worth a total of $24,280.

Here is a link to documents filed in Foggo’s case. The depositions can be found here. But if you don’t have time to read all the depositions, here is a trail of illuminating highlights: 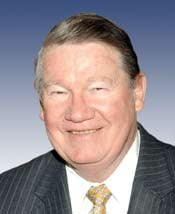 Jane Doe # 2: "In a later conversation, Dusty explained that he planned on working for Wilkes for a period of time before launching a campaign for Duke Cunningham’s Congressional seat. According to Dusty, Cunningham was not planning on running for more than a couple of more terms and Dusty would spend a couple of years in San Diego establishing himself and building a campaign chest. Dusty said that Wilkes was to be a key partner in his Congressional plans."

JC, Brent Wilkes’ nephew: "Foggo also said that he wanted to run for Congressman 'Duke' Cunningham’s congressional seat some day. Foggo did not intend to challenge Duke directly, but planned to return to San Diego, work a few years for my uncle until the Congressman retired, and run for the seat in 2006 or 2008. My uncle reserved an executive office in our new building for Foggo."

While Foggo was serving as chief of support at "an overseas location" from 2001 until 2004, his station chief, John Doe # 2, was summoned by the U.S. ambassador to that country. The ambassador had received a diplomatic protest from local law enforcement authorities who said Foggo had blocked a bicycle path with his car. A bicyclist who had to dismount and walk his bike around Foggo’s car slapped the hood of the car in irritation. Foggo rushed the bicyclist from behind, knocked him off his bike and hit him in the face, the police alleged.

John Doe # 2: "I called Mr. Foggo into my office to ask him about the incident. His reaction was 'Oh that,' dismissing it as inconsequential. He explained that he had a run-in with local police, who then tried to solicit a bribe from him in lieu of ticket, and he reported it. He described this as the kind of 'shake-down' by local police officers that he was familiar with, having himself been a police officer back in San Diego. He claimed that the police officers fabricated the entire incident to get even with him. I found Mr. Foggo’s explanation to be entirely unrealistic and implausible." The station chief referred the incident back to CIA headquarters, but there was no follow-up.

And John Doe #2, again: "I was flabbergasted when Mr. Foggo was selected as Executive Director. I found Director Goss’s selection to be quite revealing, that Mr. Goss would be taken in by a 'con man' like Mr. Foggo."

And they think President Obama has a vetting problem

Porter J. Goss, former CIA director: "Due to public criticism of the CIA after the attacks of September 11, 2001, and criticism of my office after the prior candidate for the Executive Director’s position was withdrawn, it was imperative to me that the selection of the Executive Director position be someone whose personal and professional conduct was beyond reproach. When Mr. Foggo came to speak with me about the Executive Director position in late 2004, I conveyed this requirement to him. I asked him directly whether there was anything I needed to know about his candidacy that would reflect poorly upon the Director’s office or upon the CIA. He denied that there was anything. In reliance upon Mr. Foggo’s assurances, and upon his having cleared the inter-agency vetting process, I selected him to be my Executive Director in 2004."

All work and no play… 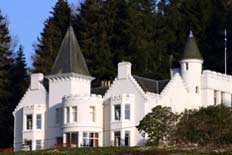 More from William B. Mitchell, special agent for the CIA Office of Inspector General: Cataloging the many gifts from Wilkes to Foggo was this account of a 2003 vacation in Scotland and England paid for by Wilkes that included: "over $12,000 in private jet flights; over $4,000 for a helicopter ride to a round of golf at Carnoustie; over $1400 for a magician, private bag-piper, and Scottish dancers; $400 in tickets to the Lion King musical in London; and over $44,000 for a stay at the Pitcastle estate, which offered trout fishing on hill lochs, salmon fishing on the River Tay, clay pigeon shooting, archery, and a seven-person staff. Wilkes paid a total of approximately $88,937."