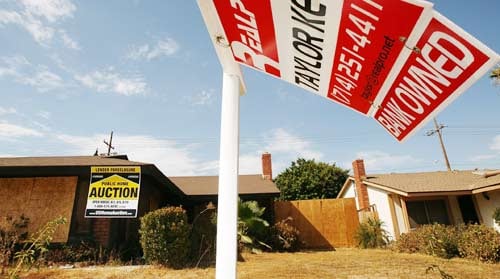 By now, you’ve probably heard about the Obama administration’s Making Home Affordable plan – the government’s most aggressive and wide-ranging attempt yet to stem the nationwide scourge of foreclosures. We’ll be tracking some homeowners as they make their way through the program, so we thought we’d lay out the plan in detail first.

We also wondered what was happening to the government’s other foreclosure-prevention efforts. Are borrowers still using them? FHA’s $300 billion Hope for Homeowners program isn’t seeing much action (so far, only a single homeowner has refinanced through the program), but some homeowners are finding relief through programs run by various government agencies, like the Department of Veterans Affairs.

First, let’s take a look at the administration’s plan, which is split into two branches: a loan refinancing program for borrowers who are up-to-date on their payments and a loan modification program for those who are close to losing their homes.

Typically, if you wanted to refinance your mortgage to take advantage of lower interest rates, you’d need home equity of at least 20 percent. But plummeting home values have diminished the home equity of many borrowers.

Obama’s refinancing plan aims to help borrowers who now owe close to what their houses are worth and might not otherwise qualify for refinancing. It will not, however, help people who owe drastically more than their houses are worth: The amount owed must be between 80 percent and 105 percent of the house’s value. But to be eligible for this program, the loan must be owned or guaranteed by Fannie Mae or Freddie Mac. In addition, the borrower must live in the home and have a solid payment history and enough income to support the new payments.

A refinance won’t actually reduce the amount the borrower still owes on the loan (the principal); instead, a new loan with lower interest rates will replace the old loan.

Meanwhile, the other branch of the administration’s plan, the loan modification program, will help borrowers who aren’t simply looking to take advantage of lower interest rates; they’re scrambling to keep their homes. Borrowers in this program have either defaulted on their loans or can prove that they’re about to.

The loan modification program is available to borrowers even if their mortgages aren’t owned or guaranteed by Fannie or Freddie, as long as their loan servicers have signed up to participate. (Many of the biggest ones already have: here’s the full list.) The borrower can also have a rockier credit history, and it doesn’t matter how much the value of the home has fallen. And, as of yesterday, second mortgages are eligible for a loan modification under this program as well.

There are some eligibility requirements, though. The home must be a primary residence, and the amount owed must be less than $729,750. In addition, the borrower’s monthly mortgage payments must be above what the government considers an affordable level: 31 percent of pre-tax monthly income. The borrower must also pass a "value test" – this makes sure that the outcome of the loan workout won’t cost the owner of the loan more than simply foreclosing would.

So what happens if a borrower jumps through all these hoops? The lender will first lower the monthly payment to 38 percent of the borrower's pre-tax income, usually by reducing interest rates or lengthening the term of the loan but also possibly by reducing the principal. The government will then pay the lender half the cost for further reductions to get monthly payments down to 31 percent. (The government also doles out incentive payments once the borrower makes it through a 90-day trial period to servicers, borrowers who keep up with their payments and owners of the loan.) The borrower will then enjoy these low monthly payments for five years before the interest rate starts creeping up (but no faster than one percentage point a year) to whatever the prevailing market interest rate was on the day the modification agreement was signed. The interest rate will be capped right there for the rest of the loan’s lifetime.

Together, the two branches of Obama’s plan aim to help as many as 9 million homeowners. One group left out of the program, however, are homeowners whose loans are owned or guaranteed by federal agencies, like the Federal Housing Administration (a division of the Department of Housing and Urban Development), the Department of Veterans Affairs or the Department of Agriculture.

According to guidelines (PDF) posted on FinancialStability.gov, those loans will be "addressed through stand-alone modification programs run by those agencies." So what exactly are these programs?

Of the three agencies, FHA insures by far the largest number of mortgages: around 4.8 million. It has a hodgepodge of loss-mitigation tactics that a servicer is required to try out on a borrower with an FHA-backed loan before it forecloses. Those options include reducing interest rates or temporarily suspending payments. In 2008, these loss-mitigation efforts helped 64 percent of FHA borrowers who were 90-days delinquent on their loans avoid foreclosure.

You may also have heard about FHA’s Hope for Homeowners program. Congress created this program last summer to help borrowers who are struggling to keep up with payments and owe more than their homes are worth. Because FHA wouldn’t normally insure a loan for someone with negative equity, Hope for Homeowners encourages lenders to write down principals so that borrowers will be able to refinance into stable, lower-cost FHA loans.

But, even by HUD’s own account, this program has been an utter failure. Congress allotted $300 billion for it last summer, estimating that it would help up to 400,000 borrowers. But so far, just one has made it all the way through the program.

The main problem seems to be that borrowers must pay expensive fees to join the program, and lenders don’t have much of an incentive to participate. Efforts to overhaul the program are underway, centering on a bill that would authorize incentive payments of $2,500 to servicers for each refinance they complete. The bill, passed by the U.S. House of Representatives in March, stalled in the Senate, but a vote is expected on Thursday

The VA, which insures about 1.3 million outstanding loans, has a range of loss-mitigation options similar to FHA’s. VA reaches out to veterans as soon as they fall behind on payments and works with servicers to make sure they’re doing all they can to avoid foreclosure. If the servicer isn’t doing enough, VA will buy the loan and modify it itself. In this case, it will follow the same guidelines that Obama’s loan modification program does, says Bill White, VA supervisory loan specialist.

Some homeowners also have loans guaranteed by the USDA’s Rural Housing Service. We put in calls to see what that agency's plan is for borrowers falling behind on payments, but we haven’t heard back. We’ll let you know when we do.

Finally, Fannie Mae and Freddie Mac rolled out a joint loan modification effort in December; this will be replaced by the administration’s new plan. Freddie Mac also has a small pilot program that modifies delinquent, high-risk loans for 5,000 borrowers in California, Nevada and other states with high delinquency rates. According to Freddie Mac spokesman Brad German, the loan servicer running that program can now use the Making Home Affordable template, too. As he put it: Making Home Affordable is just another tool on the table.