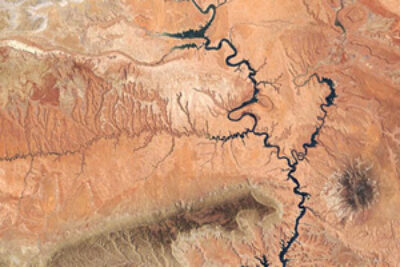 Patricia Mulroy, the former head of the Las Vegas valley’s water agencies and one of the most influential water management figures in America’s drought-stricken West, last week was appointed to the board of directors of Wynn Resorts, the giant casino concern that operates two luxury hotels in Las Vegas.

In a statement released by his company last week, Stephen Wynn, chairman and chief executive officer, said that Mulroy demonstrated “a singular professional sensitivity to the sometimes competing needs of the community and the environment.” The statement praised Mulroy’s government and leadership experience, as well as her brief stint as a member of the powerful and prestigious Nevada Gaming Commission, a role Mulroy resigned from in order to join the Wynn Resorts board. Her term on the Wynn Resorts board runs into 2017.

Mulroy will receive what the company calls “standard” compensation – an amount of cash and stock worth approximately $370,000 a year, according to the company’s most recent filings with the Securities and Exchange Commission. Mulroy was paid $353,000 at the Southern Nevada Water Authority in 2013, according to the agency, plus benefits.

Mulroy did not respond to several requests for comment.

Across her more than two decades heading both the Southern Nevada Water Authority and the Las Vegas Valley Water District, Mulroy faced criticism from some that she had put the long-term sustainability of Las Vegas at risk by providing water for a seemingly endless array of development projects. To this day, Mulroy defends her record, saying growth is essential to the city’s economic future.

Certainly, Wynn is a proponent of growth. When Mulroy early in her tenure declared a moratorium on new water permits, Wynn summoned her to his Las Vegas office and asked, in Mulroy’s words, what exactly she was up to. Mulroy soon lifted the moratorium and never issued another. Wynn went on to develop the Mirage, Treasure Island and Bellagio resorts, Las Vegas icons that he later sold.

Mulroy told ProPublica years later that her meeting with Wynn signaled the clear and formidable wishes of the city’s business leaders: they wanted Las Vegas to be a major global city. And Mulroy, even amid a historic drought, eventually found those leaders the water they needed.

“Had we not done it,” she said, “they would have found someone who would.”

While backing growth in Las Vegas, Mulroy was credited by many for her efforts to raise awareness of water scarcity issues and promote greater conservation efforts and more cooperation among the states most affected by the drought.

Still, Mulroy presided over the water agencies for the first 15 years of an ongoing drought that scientists now describe as the worst in 1000 years. Over those years, Lake Mead, the nation’s largest water reservoir and the source of 90 percent of Las Vegas’ supply, dwindled to its lowest levels in history. During her time at the head of the city’s water agencies, the city’s footprint and population more than doubled, and tens of thousands of homes were constructed each year. Mulroy bought time, through conservation that lowered the city’s water use even as it grew. But she set Las Vegas on a long-term course for expansion that will eventually cause the city’s water demand to nearly double.

Since resigning from her water agency jobs in 2014, Mulroy has served as a fellow at the Brookings Institution.