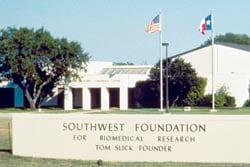 A report released last week by the Government Accountability Office offered a scathing critique of security at two of the labs in the United States that handle the world’s most dangerous diseases and pathogens, such as the Ebola virus and hemorrhagic fever.

Because of the particularly toxic nature of the disease-causing agents studied at these labs, known as biosafety level (BSL) 4 labs, they are held to a higher level of security and safety standards. Or at least they are supposed to be.

The Centers for Disease Control and Prevention, which is charged with overseeing the labs, was also criticized for approving security plans with glaring vulnerabilities. “[The CDC’s Division of Select Agents and Toxins] approved the security plans by the two labs lacking most key security controls,” the report states.

Three other labs overseen by the CDC had much better security. The GAO report notes that those labs “were subject to additional requirements imposed on them by federal agencies other than [CDC]. These labs incorporated additional specific security controls in their security plans because of this oversight.”

The two delinquent labs only met the bare minimum as required by the CDC. According to the report, security officials at the two labs told the GAO “management and administration had little incentive to improve security because they already met [CDC] requirements.”

The GAO report does not name the substandard security labs, but according to the Associated Press they are located at Georgia State University, in Atlanta, and at the Southwest Foundation for Biomedical Research, in San Antonio. The Atlanta BSL-4 lab had only three security control measures in place; the Texas lab had four. For example, the GAO notes that in one of the labs, pedestrians could enter the building through an unguarded loading dock.

Kenneth Trevett, president of the San Antonio lab, was quick to reassure that they are working rapidly to address the GAO’s concerns. “We already have an initiative under way to look at perimeter security,” Trevett told AP. “We’re waiting for additional input but we’re not waiting long. The GAO would like us to do some fairly significant things. They would like us to do it sooner rather than later.”

With more level four bio-labs under construction, the GAO recommends upgrading the standards for perimeter security. The regulations as they stand call for “a security plan that is sufficient to safeguard select agents against unauthorized access, theft, loss, or release,” the report states. But, as the GAO suggests, something a little more specific might better protect the public from these deadly pathogens.