The state of Ohio has put General Motors on notice that it may be forced to repay more than $60 million in public subsidies as a result of the automaker closing its massive assembly plant last year in Lordstown.

The state’s collection effort, initially outlined in a letter to GM in March, has not been previously reported, and the automaker itself has not disclosed the potential liability to shareholders in its corporate filings.

State officials say the Lordstown shuttering, which made national headlines and drew the ire of President Donald Trump, violated the terms of two state economic development agreements that GM signed more than a decade ago, according to documents obtained by The Business Journal and ProPublica through public records requests. In return for tens of millions of dollars in tax breaks, the company had pledged to maintain operations at the Lordstown site until at least 2027.

“If the state were to claw back $60 million, that would be one of the biggest clawback events in U.S. history,” said Greg LeRoy, executive director of Good Jobs First, a national nonprofit that advocates for accountability in economic development. “This is very significant, very interesting that it would come from a Rust Belt state from a very pro-business administration.”

The state Development Services Agency, which oversees economic incentive programs, notified GM in March that it would recommend that the state’s tax authority terminate the company’s tax agreements and collect a full refund. Spokesman Todd Walker said the authority would consider the matter at an upcoming meeting, though he declined to specify a date. The authority’s next session is July 27, according to its website. Provisions in GM’s tax agreements allow for state regulators to consider market conditions and whether the company continues to maintain “other operations in the state” before issuing a final determination.

And GM is making its case. In a letter in April, the company urged the state to take into account the collapsing market for small cars — the hallmark of the Lordstown plant — and the economic downturn precipitated by the coronavirus pandemic. GM reported net income of $294 million for the quarter that ended on March 31, down from $2.1 billion during the same period last year, according to filings.

“Cash preservation is critically important to General Motors to support a vigorous emergence from the economic and global health crisis,” Troy D. Kennedy, the company’s U.S. property tax manager, wrote to the Ohio Development Services Agency. “We respectfully request your assistance to help us drive towards a full recovery by choosing not to require repayment of all, or a significant portion of, the tax credits.”

GM also highlighted its six manufacturing and distribution facilities throughout Ohio, as well as a planned joint venture that would manufacture battery cells for electric vehicles near the Lordstown plant. On Monday, spokesman Dan Flores said in a statement, “We are respectfully asking the state to consider our belief that a repayment of the tax credits would be inconsistent with our significant manufacturing presence in Ohio and the Mahoning Valley.”

The fight over GM’s corporate tax credits has played out quietly over the last few months and underscores the political bind facing leaders in Ohio and elsewhere as they struggle to revive their economies while also balancing their budgets. Last month, Gov. Mike DeWine ordered $775 million in budget cuts to plug a yawning hole in this year’s spending plan, and state officials are already estimating a $2.4 billion deficit for the fiscal year that begins July 1.

Taking on one of the country’s largest automakers would represent a shift for a state and region that has relied heavily on economic incentives to attract new employers and to retain its beleaguered manufacturing base. As The Business Journal and ProPublica reported last month, local governments like Youngstown have offered businesses free land, tax abatements, development grants, low-interest loans and other inducements to spur investment across Ohio’s Mahoning Valley.

General Motors has been one of the biggest beneficiaries.

In 2009, with gas prices soaring, the state offered the company massive tax breaks to help it expand and retool the Lordstown plant to produce a new, fuel-efficient model, the Chevrolet Cruze. Under the terms of the deal, GM got a 75% reduction in its income taxes over 15 years — worth $14.2 million — in exchange for agreeing to add 200 jobs and maintain operations at the site until 2039. A separate agreement awarded the company an additional $46.1 million in tax breaks on the condition that it retain 3,700 employees over 15 years and maintain operations at the site until 2027.

But eight years after signing those pacts, the small car market softened, and GM started to slash jobs at the plant. In January 2017, it eliminated the so-called third shift at Lordstown. A second shift was cut in June 2018, the same day the automaker announced it would build its new Chevrolet Blazer in Mexico. Together, the reductions resulted in the loss of more than 2,700 jobs, according to an economic impact report by Cleveland State University.

In November 2018, the automaker announced that it would end production of the Lordstown-built Cruze and place the plant on “unallocated” status, meaning a new product had not been selected for the factory. Trump, who had pledged to resuscitate manufacturing in Ohio and across the Rust Belt, lashed out. “The U.S. saved General Motors, and this is the THANKS we get! We are now looking at cutting all @GM subsidies,” he wrote on Twitter.

The president did not follow up on the threat, and the last vehicle rolled off the assembly line on March 6, 2019. The shutdown eliminated the remaining 1,500 jobs, while hundreds of other automotive supplier positions tied to the plant were also lost.

Officials were outraged. U.S. Sen. Sherrod Brown, D-Ohio, said at the time that GM’s decision was “corporate greed at its worst.”

Community groups held prayer vigils throughout the area in support of attracting a new vehicle, while children whose parents were employed at the plant wrote letters to GM CEO Mary Barra pleading to keep it open. A choir of middle school students even produced a video singing “We Love GM!” to the tune of “Under the Sea” from Disney’s animated film “The Little Mermaid.”

It came to nothing. In October, after a 40-day strike was settled with the United Auto Workers union, GM announced it would officially close Lordstown and not award a new product to the plant. In a five-page letter to Ohio regulators in April, Kennedy, the GM official, called it an “extremely difficult decision.”

“It had been our hope to keep operations at Lordstown going,” he wrote, noting that GM had exceeded its job creation and retention targets through 2016. “However, we have continued to maintain significant operations in Ohio and make important new investments in the Mahoning Valley.” 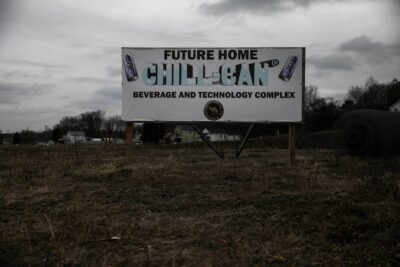 The company highlighted its sale of the Lordstown plant to startup automaker Lordstown Motors, which plans to introduce its first electric-powered pickup, the Endurance, next week and begin production in the first quarter of next year. The Business Journal reported in December that GM had provided $40 million in financing to the firm so it could purchase the facility and retool the operation.

GM also underscored its plans to build a $2.3 billion electric-vehicle battery plant in Lordstown, next to the shuttered auto facility. The automaker is partnering with Korea-based LG Chem as part of a new joint venture named Ultium. The new battery plant would employ about 1,100 workers earning between $10 and $17 per hour, lower than those who work in auto assembly.

“GM’s plans for the Mahoning Valley position Lordstown as a crucial manufacturing location for the electric vehicle supply chain,” Kennedy said in his letter.

In the meantime, Lordstown is coping with the loss of GM as one of its biggest revenue generators. Eager for the new battery plant, its village council approved new tax breaks for the joint venture in February. The project will receive a 75% abatement on property levies for 15 years.

“What we had to get done and needed to get done for General Motors, we did,” Mayor Arno Hill said after the vote.