On Dec. 13, Gulf spill paymaster Kenneth Feinberg promised to increase his operation’s transparency and improve its communication with claimants. Feinberg said he would address claimants’ struggles to get information about their claims by hiring field staff in the Gulf to answer their questions, publicly releasing his methodology for deciding payments and offering pro bono legal assistance to applicants.

A month later, Feinberg has made mixed progress in carrying out these promises. His reforms so far follow a familiar pattern: He has accepted criticism and responded with substantive changes, but he has also overpromised in setting his timeline for improvements and lagged in their implementation.

Feinberg’s most significant progress has come in hiring staff to be in local offices and answer questions from claimants. He first pledged in October, when we spoke to him for our story about claimants’ difficulty getting basic information about their applications, that he would hire staff “in the next couple weeks” to answer questions in field offices and provide them with “direct access to the particular claim where they will be able to get particular information right then and there to respond to inquiries.”

Feinberg has begun to fulfill this promise. He has begun staffing local offices with lawyers who, as he told us last week, will work directly with claimants and can contact decision-makers in Feinberg’s central office to get information about individual claims. Feinberg said there are currently about 15 such lawyers working at claims offices (in Louisiana, Mississippi, Florida and soon Alabama) which they visit based on the volume of claims coming from the office.

“These local agents of ours can pick up a phone and have special lines into the GCCF,” Feinberg said, referring to formal name of his outfit, the Gulf Coast Claims Facility.

This arrangement has been criticized because one of the law firms hired by Feinberg, the Mississippi-based firm Brunini, Grantham, Grower and Hewes, also has a contract to work for BP. Feinberg’s spokeswoman Amy Weiss told the Mobile Press-Register—which initially reported the news—that Feinberg was aware of the contract but had made sure that none of the lawyers at his operation were doing any work for BP. Feinberg also emphasized to us that these lawyers were employees of his operation and not legal representatives of the claimants who sought their advice.

Feinberg has made less progress in releasing his methodology for deciding claims. On Dec. 13, 2010 he said he would publish these guidelines on his operation’s website and in claims offices within about 10 days. This pledge came soon after the Justice Department sent Feinberg a letter that cited “the importance of transparency” and urged him to provide the public with “more information about the principles being applied” to decide claims.

So far, the methodology has not been published. “That methodology is undergoing internal review and discussion, and it will be posted I hope in the next few weeks,” Feinberg told us on Jan. 7.

Feinberg added that he needed to complete the methodology before his operation starts paying final and interim claims, which it has been considering since late November. Statistics from his operation show that aside from “Quick Pay” claims—in which individuals and businesses who were approved for emergency payments can immediately accept $5,000 and $25,000, respectively, if they waive the right to sue—no one has received any payments (PDF) for final or interim claims.

Finally, on his pledge to hire lawyers to offer free legal representation to claimants who stay with the claims process rather than going to court, Feinberg has made progress but not quite lived up to his own pronouncements. On Jan. 7, he told us that he had hired the Mississippi Center for Justice, a nonprofit public-interest law firm, to administer a program offering pro bono representation for any claimant who requested it. (Those who want to go outside the claims process and sue will not get the help.) Feinberg described the program as “up and running” and said that it could represent claimants across the states of the Gulf.

Sharon Garrison, a spokeswoman for the Mississippi Center for Justice, confirmed on Jan. 7 that her firm would be working with Feinberg. But she said that the delivery system for these services was not yet in place. She expected that it would announce its program with Feinberg’s later this week.

“We do have an agreement with him to begin providing those services,” she said. “We’re not quite ready to make the big announcement just yet.” 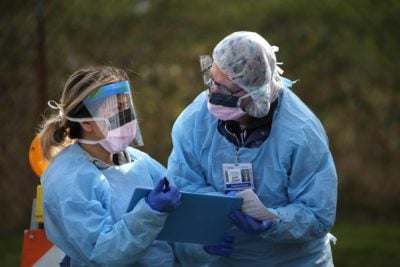 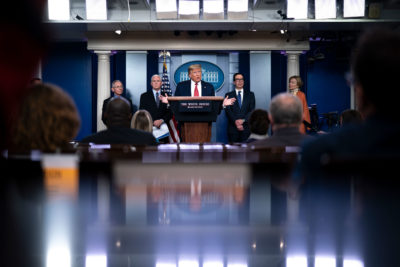 How the Rich and Powerful Profit From Crises Like Coronavirus