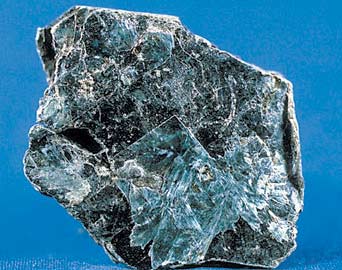 Nine years after the Seattle Post-Intelligencer revealed that asbestos from a mine in Libby, Montana, was killing the town’s residents, health agencies are still tracing its path. The Centers for Disease Control concluded in a report last week that 28 plants across the nation that processed large amounts of vermiculite ore from Libby exposed workers, families and some community members to asbestos. At one site in Minneapolis, for example, children used piles of asbestos-contaminated waste rock as a playground.

Vermiculite, a type of metal similar to mica, does not necessarily contain asbestos, but the ore from Libby developed naturally alongside a highly toxic form of the substance. Vermiculite from the mine—run by the chemical company W.R. Grace and closed in 1990—was shipped around the U.S. and widely used in insulation and for other household purposes.

Former workers and neighbors of another 78 plants that processed less vermiculite may also be at risk, the CDC’s report said. The agency recommended further examination of facilities in 36 states that processed the vermiculite from Libby by heating it, releasing asbestos into the air. According to the report, the dust may still be there. Many of the facilities, which were active in vermiculite processing from the 1920s until the 1990s, are now used for other purposes.

We spoke with Barbara Anderson, an epidemiologist who co-authored the study. She said that because of the difficulty of tracking down former workers and their family members, it is hard to say how many people may have been affected, and how severely.

"Some former workers were exposed on a daily basis to pretty high levels of asbestos," said Anderson. "That’s different from a worker who was only there for a very short period of time, who would have a lower likelihood of developing disease."

Asbestos can cause lung cancer, a specific form of cancer known as mesothelioma, as well as asbestosis, a gradual scarring of the lungs that is sometimes fatal.

A spokesman for the CDC, Jeff Dimond, estimated that between 200 and 700 people at each of the most polluted facilities may have been exposed.

"That’s just workers," Dimond told ProPublica. "That doesn’t account for vermiculite that ended up in driveways or landscaping. There’s just no way to give a number that would be responsible."

The EPA has called Libby the worst environmental disaster in U.S. history. Deaths resulting from asbestosis were 40-80 times higher in Libby than expected, and deaths from mesothelioma were also unusually high, according to a study of 20 years of death records conducted by the CDC.

Six former and present Grace executives have been charged by federal prosecutors with covering up the dangers of the vermiculite. Their criminal trial begins in February. The company did not return calls for comment.

Correction, Nov. 3, 2008: This post originally stated that deaths resulting from asbestosis in Libby, Montana were 40-80 percent higher than expected, according to a CDC study. In fact, the study found the deaths were 40 to 80 times higher.