A top juvenile official testified Tuesday that guards at a southern Illinois youth correctional facility have created a “pipeline to prison” that is hampering the state’s ability to fulfill its juvenile justice mission.

More than 100 people gathered at a nearly five-hour hearing before the House Appropriations-Public Safety Committee to address reports of violence in Department of Juvenile Justice facilities and the state’s adult prisons.

Kathleen Bankhead, the state’s independent juvenile ombudsman, focused her testimony on a series of alleged assaults by teenagers on staff at the Illinois Youth Center at Harrisburg in southern Illinois.

ProPublica Illinois reported in October that guards and other employees there have pursued more criminal charges for youth-on-staff assaults since 2016 than all other state juvenile correctional facilities combined.

Those assaults included spitting on, pushing or punching guards.

Typically, the cases would have been handled internally, with youths losing privileges, spending time in solitary confinement, or having their sentences extended instead of being charged criminally.

They were charged as adults because they had turned 18 while in juvenile custody. Those who were convicted received sentences in adult prisons that range from three to eight years, meaning they will be convicted felons when they are released.

Bankhead said she had difficulty reconciling the department’s efforts to create a more positive, rehabilitative environment for youths with the pattern of criminal charges for staff assaults. The overwhelming majority of the incidents, she said, did not “involve bodily harm to staff.” 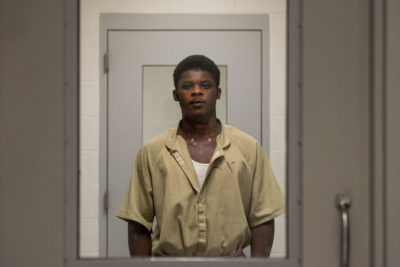 She said she believed guards and other employees were reluctant to adopt reform measures.

Rep. Kelly Cassidy, the Chicago Democrat who called the hearing, opened by saying providing a safe environment in which guards and other staff feel respected should not mean sacrificing the security or rehabilitation of those in custody.

“I don’t think that any of those things are mutually exclusive,” she said.

The juvenile justice department has implemented a number of reforms over the past several years, including eliminating the use of solitary confinement as punishment. Guards say some of those reforms have left them without the tools they need to do their jobs effectively.

Anne Irving, the director of public policy with AFSCME Council 31, the union that represents correctional officers at the juvenile facility in Harrisburg and across the state, said at Tuesday’s hearing that the policy changes have created safety challenges for her members and resulted in a significant rise in violence and assaults.

“I hope we can begin today with a common agreement,” Irving said, “that no one in this room believes it is acceptable that anyone’s job would include being routinely spit on, groped, splashed with urine or feces, or for that matter, punched or stabbed or otherwise assaulted.”

Several speakers referenced the ban on the use of solitary as punishment. Department policies now only allow for its use under limited circumstances.

The move away from solitary came as part of a federal consent decree after the American Civil Liberties Union of Illinois sued the department for not adequately serving or treating the youths in the department’s custody.

“We share in the concerns about violence in the DJJ facilities,” ACLU attorney Lindsay Miller said. “Institutional violence not only presents an immediate threat to the safety and well-being of the staff and youth, but also interferes with the successful treatment and rehabilitation of our clients.”

Two speakers went even further. Julie Biehl, director of the Children and Family Justice Center at Northwestern Pritzker School of Law, and Elizabeth Clarke, president of the Juvenile Justice Initiative, a nonprofit that advocates for youths in the justice system, called for an end to sending youths to large juvenile correctional facilities, which include Harrisburg and a facility in St. Charles.

If you have a friend or family member who is or has been a juvenile offender, or if you’re involved with the juvenile justice system, we want to hear from you. Email us and tell us about your experience: [email protected]

* We are considering creating an online group to continue discussing juvenile justice in Illinois. Let us know in your email if you would be interested in participating.

Citing ProPublica Illinois’ article, Clarke said in written testimony that the story revealed “a stunning indication of the failure” to adapt to the reform.

Heidi Mueller, director of the juvenile justice department, said there was “no quick fix” to the agency’s issues.

“There is no replacement for rolling up our sleeves and digging in and building a safer and healthier climate step by thoughtful, informed step,” she said.

Panelists agreed on possible solutions. They included hiring more workers, improving communication between the department and staff, increasing programming for the youths and training for staff, particularly in dealing with youths with mental health issues.

Cassidy said she plans to hold additional hearings on the issue in 2018 and to continue monitoring the situation in Harrisburg.

“Whether they’re right or wrong to do it, the staff that are going around the department to make these charges are acting out of a sense of helplessness, too.” Cassidy said. “I don’t think it’s the right way to go, but we have to look at why they’re doing it and address that.”