As we detailed yesterday, the Justice Department is pursuing a wide array of prosecutions and investigations in response to the subprime mortgage meltdown. There are the high-profile, complex Wall Street cases. On the other end of the scale are hundreds of mortgage fraud prosecutions, where small-time operators, drawn to the best game in town, allegedly scammed lenders or buyers. 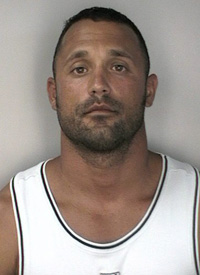 In an ongoing series, the Miami Herald has been demonstrating how it is that Florida came to be the nation's leader in mortgage fraud. Part of the reason, of course, is that Florida was one of the hot spots for the housing boom and, later, bust. But as the Herald found, a lot had to do with the fact that the state allowed thousands of ex-cons to work in the mortgage profession.

Yesterday, in response to the paper's series, the state's attorney general called for an investigation of the Office of Financial Regulation, the office that polices the mortgage industry.

The stories are full of jaw-dropping numbers and anecdotes.

The paper found that from 2000 to 2007, "regulators allowed at least 10,529 people with criminal records to work in the mortgage profession. Of those, 4,065 cleared background checks after committing crimes that state law specifically requires regulators to screen out, including fraud, bank robbery, racketeering and extortion." The Herald found that those criminals "went on to commit nearly $85 million in mortgage fraud."

Only 29 applicants were rejected based on their criminal record. And the kicker: "Regulators allowed at least 20 brokers to keep their licenses even after committing the one crime that seemed sure to get them banned from the industry: mortgage fraud."

As for the anecdotes, it’s hard to know which to choose. There's the mortgage broker who won his license despite convictions for car theft and passing bad checks and who "didn't even make it through the 24-hour mortgage-broker training class without breaking the law... He persuaded a classmate who worked for Sprint PCS to sell him cellphone customers' Social Security numbers." The broker went on to use buyers' credit histories to steal more than $200,000.

But the most egregious has to be Scott Almeida, who got his license as a mortgage broker despite a conviction for cocaine trafficking. All Almeida had to do to get the license was offer a written explanation for his crime and rehabilitation. As he told the Herald, "I had to write a letter. It took three seconds. It wasn't a battle."

Almeida also had to sign a probation agreement, which entailed a promise not to own a brokerage or break any mortgage-industry laws for five years. He got to choose his own probation supervisor. He chose Frank Giffone, whom he'd met in federal prison. And, well, Giffone didn't prove to be much of a mentor:

Shortly after going into business together, the pair sent salesmen to search out elderly, often disabled people living in ramshackle houses in poor neighborhoods of Hillsborough, Polk and Lee counties.

State regulators received two written warnings in 2004 that Almeida was lying on the loan applications and stealing money. One was from the daughter of a 76-year-old victim, the other from investigators at the Hillsborough County Consumer Protection Agency.

But despite the fact that Almeida was on probation, and had promised not to break the law, regulators took no action against his license.

There’s more on the Herald’s site, including a video report on the findings.