Last month, President Donald Trump hosted the chiefs of several building trades unions at the White House in a meeting notable for how friendly it was given that they had endorsed Hillary Clinton in the campaign.

In a particularly glowing statement after the meeting, Terry O’Sullivan, president of the Laborers’ International Union of North America, said Trump “has shown that he respects laborers who build our great nation, and that they will be abandoned no more.” That was in response to the administration’s effort to restart two controversial pipeline projects.

But the recent hiring at the Department of Labor of Geoffrey Burr, the former chief lobbyist of the construction industry’s trade group, has worker advocates alarmed.

It also highlights the dilemma of the building trades unions, the segment of organized labor that has been most friendly to Trump: They largely support his agenda on infrastructure and trade even as he is assembling a Department of Labor team that is hostile to unions and cherished wage standards on government contracts.

“What does it mean that we are putting people in charge of the Department of Labor, which is meant to be the strongest advocate for workers within the administration, who built their careers around advocating dismantling protections for workers?” asked Karla Walter, director of the American Worker Project at the Center for American Progress, a liberal think tank.

Burr, now a member of the Trump beachhead team at the Department of Labor, spent seven years as the vice president for government affairs at the Associated Builders and Contractors.

The group is a fierce opponent of the law that gives workers on government construction contracts the right to be paid in line with local prevailing wages — a rate determined by the Department of Labor. The idea of the Depression-era law, called the Davis-Bacon Act, is to protect workers from being undercut by lower-paid, less-skilled workers from other areas of the country.

Republicans and companies have argued the law inflates government spending and other costs. Rep. Steve King, R-Iowa, introduced a bill last month to repeal it. Unions champion the law on the grounds that it protects good jobs and incentivizes higher productivity.

Disclosure records show that in 2015 Burr and his colleagues lobbied the House on a bill to repeal Davis-Bacon as well as on an amendment to “prohibit use of funds to implement, administer, or enforce the prevailing wage requirements under what is commonly known as the Davis-Bacon Act.”

Burr and his colleagues also lobbied the Department of Labor itself on Davis-Bacon-related surveys that set prevailing wage levels for jobs in different regions of the country.

As a member of the Trump beachhead team, Burr is now engaged on Davis-Bacon matters at the department, according to a staffer familiar with his work.

A Department of Labor spokeswoman declined to elaborate on Burr’s role and the future of Davis-Bacon. “It would be premature to speculate any policy decisions till the secretary is confirmed,” Jillian Rogers said.

(There is still no hearing date for Trump’s nominee to run the department, Andrew Puzder, who recently revealed he hired an undocumented household employee. Burr is in line to be Puzder’s chief of staff, Politico reported Tuesday.) 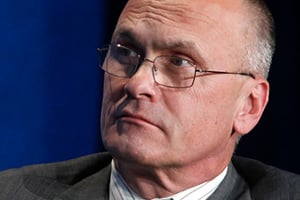 A lawsuit in the 1990s had Alabama poised to fund poor black school districts as fairly as wealthy white schools. As state attorney general, Sessions fought the effort passionately. Read the story.

Another member of the Department of Labor beachhead team, Nathan Mehrens, has publicly blasted Davis-Bacon. Mehrens previously was president of the group Americans for Limited Government.

Ross Eisenbrey of the Economic Policy Institute, who has testified in support of the law before Congress, says Burr’s hiring is unsettling because the Department of Labor has some discretion in the setting of prevailing wages.

“They have latitude about what they survey and how often they survey,” Eisenbrey said. “It wouldn’t take a genius to identify areas and work hard to get nonunion employers to answer the survey, and that could lower the prevailing wage.”

The Department of Labor is also tasked with enforcement: Contractors that violate the law can be barred from getting future contracts. Bloomberg BNA reported in December that some management-side lawyers are already expecting the Trump Labor Department to ease up on enforcement.

The unions who met the president last month do not seem eager to pick a public fight with the Trump administration. Spokespeople for North America’s Building Trades Unions and the United Association of Plumbers and Fitters declined to comment on Burr’s hiring at the department. The Laborers’ International Union of North America and the United Brotherhood of Carpenters did not respond to requests for comment.

It’s not clear where the president himself stands on Davis-Bacon. One union leader told The New York Times after the meeting last month that the issue had been raised with Trump, but that the president had avoided taking a position.