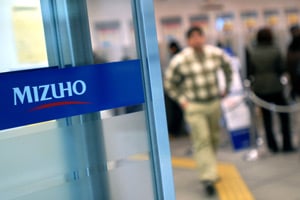 Prusko was buoyant as Magnetar's trades began to make money as its short bets rose in value. One friend recalls Prusko ribbing him: "What are you going to do after this blows up?" (Magnetar declined to comment on the exchange.)

In the spring of 2007, Magnetar began to have a problem: The hedge fund was sitting on hundreds of millions of dollars' worth of CDO equity and other low-rated portions of its deals. With the decline of housing prices accelerating, off-loading these pieces would be very hard.

Magnetar needed a buyer and some deft financial engineering. It found the answer through its former partner, Alex Rekeda, who had been the banker on Magnetar's first CDO. Rekeda now worked at Mizuho, one of Japan's biggest banks. Mizuho was eager to get into the CDO world. It hired Rekeda in part because he could bring Magnetar's business, according to one CDO manager who worked with him.

Rekeda and Magnetar came up with a remarkable CDO. They took their risky portions of 18 CDOs they had helped created -- and repackaged them to sell them to others. Bundling up the dregs of a CDO was rare, if not unprecedented.

This deal, Tigris, which closed in March 2007, tied together $902 million of Magnetar's risky assets. Rekeda convinced two rating agencies, Standard & Poor's and Fitch, to rate it. Fitch designated $259 million of it as triple A, the highest rating. S&P rated nearly $501 million as triple A. (When contacted for this article, S&P said it was comfortable rating Tigris; Fitch didn't respond to questions about the deal.)

In a highly unusual move, the third major rating agency, Moody's, refused to rate Tigris. Rekeda lobbied Moody's for a rating, according to a person familiar with the deal. But Moody's then-head of CDOs, Eric Kolchinsky, wouldn't budge.

Magnetar got $450 million from Mizuho, which in return received income from assets in Tigris, according to several people familiar with the transaction. It was what's known as a non-recourse loan: If things went wrong, Mizuho could only lay claim to what was in Tigris.

In response to ProPublica's questions about this deal, Magnetar said the fund "as a matter of general practice, and as do most hedge funds, enters into non-recourse financing on specific assets in its portfolio."

By September, just six months after Tigris had been created, Fitch downgraded most of the CDO's slices. By the end of January 2008, the CDO had gone into default. The Japanese ended up with the paper, which was worthless. Mizuho eventually wrote Tigris off, as part of about $7 billion in total losses from its subprime missteps. Mizuho declined to comment, as did Magnetar.

Just as with a refi gone bad, when Tigris was wiped out, the hedge fund walked away from the house -- in this case its collateral. A person who worked on Tigris boasted about how innovative the deal was. If it hadn't blown up, he says, it would have been "deal of the year." For Magnetar, it may have been.

Records it shared with investors show Magnetar had a spectacular 2007. Founder Alec Litowitz pulled down $280 million, according to Alpha Magazine. That spring, a trade journal awarded Prusko and Snyderman "Investor of the Year" honors. The Magnetar Constellation Fund, the firm's fund that had the most exposure to the CDO trades, was up 76 percent in 2007, according to a presentation Magnetar gave to investors in early 2009. The main fund, the Magnetar Capital Fund, was up 26 percent that year. By the end of 2007, Magnetar had $7.6 billion under management, up from the $1.7 billion it began with two years earlier. Magnetar declined to comment on its performance.

ProPublica has learned that the SEC has been looking into how the Magnetar deals were created, but it's not clear how much progress the investigation has been made or who might be the target. In a statement yesterday, Magnetar said:

Our understanding is that for some time, the SEC staff has been looking broadly at the sales, marketing, and structuring of CDOs. In connection with that inquiry, the SEC staff has from time to time requested information from Magnetar and other market participants, and Magnetar has been cooperating and responding to the requests. We are not aware that this inquiry is focused on any particular person or firm.