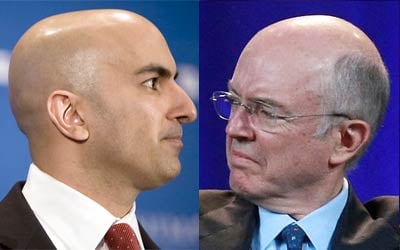 It’s Herb Allison, according to today’sreports, who’ll be moving from the bailed-out Fannie Mae to the bailout command center at the Treasury Department. He’ll be replacing Neel Kashkari, the young Goldman Sachs alum who came to be known as the fresh face of the TARP. Fun fact: Allison, at 65, is thirty years older than Kashkari.

With Allison leaving Fannie, both Fannie and Freddie now lack a permanent CEO. David Moffett, who like Allison was appointed after the government takeover last September, jumped ship at Freddie last month. It seems it’s not a very attractive gig.