For years, the residents of Pike County, Missouri have blamed their worsening floods on their neighbors across the Mississippi River in Illinois.

Ever since the Sny Island Levee Drainage District raised its levees above authorized heights, Pike residents claimed, the agricultural lands behind the Sny were spared while farms in Missouri, protected by lower levees, were inundated.

The kind of science needed to prove allegations like this is expensive and time consuming. But thanks to a new government model, the Missouri residents finally have some science to back up their suspicions. 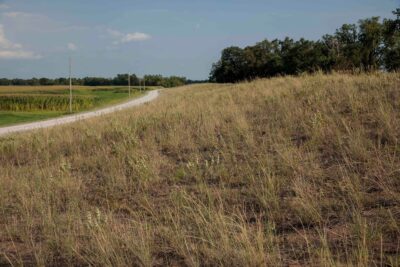 The Army Corps of Engineers designed a $500,000 computer model that lets scientists simulate how floods affect the Upper Mississippi River, demonstrating, in part, the difference that larger levees make. The tests show that if the region faces a disaster as grave as the Great Flood of 1993, communities with higher levees — found in a handful of levee districts on both the Illinois and Missouri sides of the river — would be far better protected, and those without them would fare far worse. On the Illinois side, the land behind the Sny’s higher levees would be much drier, with some areas saved from more than 16 feet of flooding. The Missouri side would weather floodwaters up to 1.7 feet higher than it experienced in 1993.

It’s for this very reason that the Corps regulates levee heights. Levees are designed to prevent rivers from overflowing, but they create a zero-sum game where raising levees in one area can push extra flood risk onto others.

“They’re throwing water on us,” said Pike County emergency management director Al Murry. “I’m not saying they don’t have a right to protect themselves but they need to do it ethically.”

It’s hard to track overbuilt levees, because their growth happens gradually. During floods, districts are allowed to fight back by piling sandbags on top of levees as an emergency measure. They’re required to remove the sandbags afterward, but not all of them do. The Corps, which oversees thousands of miles of levees nationwide, leaves most of the day-to-day operations and maintenance to local levee districts.

Last spring, the Rock Island, Illinois, office of the Corps announced it had surveyed 205 miles of levees in parts of Illinois, Missouri and Iowa and found 80 miles of barriers were 2 to 4 feet higher than authorized. The overbuilt levees spanned seven levee districts, including the Sny.

To understand the impacts of the overbuilt levees and help local officials plan for future floods, the Corps designed the most comprehensive model to date of the Upper Mississippi River. The model includes data on the levees’ authorized heights as well as the current actual heights.

A handful of groups, including the Sny, have requested the model since it was released in January. The software can only be operated by experienced engineers, who can simulate floods of different sizes to see how communities up and down the river would be affected.

The first publicly available results come from American Rivers, an environmental group. It hired Jonathan Remo, a scientist who studies flooding, to run the model. Remo is a professor at Southern Illinois University, but he conducted his work for American Rivers as an independent consultant.

Remo said he simply plugged in the two levee scenarios of current versus authorized heights, taking care not to change any of the Corps’ pre-set parameters to avoid introducing any bias into the results. The parameters are calculations that determine things like how far the water will go in a certain area.

Remo found some of the worst impacts in Pike County and the city of Hannibal, Missouri, Mark Twain’s boyhood home. Other hotspots include the Union Township area north of the overbuilt levees in the Fabius River Drainage District.

“I expected it to come out in pig Latin. That way it’s always open to interpretation,” he said. “Engineers and lawyers never say anything in plain English.”

We sent a copy of Remo’s report to the Rock Island Corps, the Fabius and the Sny. Corps spokesman Allen Marshall said they don’t have the funding for an in-depth analysis, and that the agency hasn’t run the model to compare current and authorized levee heights, but Remo’s use of the data “is certainly one of the intended purposes of releasing the model.”

The president of the Fabius district, Roger Sutter, said he wasn’t convinced about its accuracy.

Russell Koeller, a commissioner of the Sny district, said that while the model has value, it was “merely an educated guess,” less useful than considering the river’s flood history. “We believe in what actually occurred instead of hypothetical analyses and theories,” he said.

Rock Island has spent 10 years trying to force the Sny to push its levees down to authorized heights, to no avail. Instead of complying, the Sny is now part of a regional lobbying effort working to convince Congress to weaken the Corps’ authority over levees.

Some officials aren’t waiting for the Corps to act. John Lyng, a former mayor of Hannibal, said his city needs to boost its own protection to remain competitive with surrounding levee systems.

The 1993 flood hit the city just after the Army Corps had finished building a flood wall — a vertical barrier similar to a levee.

Lyng said the wall was designed to clear the most extreme floods by at least 5 feet. But the floodwaters that year came within 27 inches of spilling into downtown. The Corps rushed to add an extra 3 feet of protection. The former mayor joked that the wall “set the record for the shortest time between the completion of an Army Corps project and its obsolescence.”

In 2008 and 2013, the Mississippi once again came close to flowing over Hannibal’s flood wall. Each time, the community rushed to add sandbags.

Lyng wondered how the Corps could have gotten its estimates so wrong. But then he heard some of his neighbors had built up levees beyond their approved height — protecting their farmland while putting Hannibal’s historic landmarks at greater risk.

So Lyng has taken on a new campaign to protect his town from the next big flood: He wants Hannibal to build its flood wall even taller.