The Trump administration has quietly taken steps that may inhibit independent oversight of its most high-risk nuclear facilities, including some buildings at Los Alamos National Laboratory, a Department of Energy document shows.

An order published on the department’s website in mid-May outlines new limits on the Defense Nuclear Facilities Safety Board — including preventing the board from accessing sensitive information, imposing additional legal hurdles on board staff, and mandating that Energy Department officials speak “with one voice” when communicating with the board.

For many years, the board asked the Department of Energy to provide annual reviews of how well facilities handled nuclear materials vulnerable to a runaway chain reaction — and required federal officials to brief the board on the findings. It also has urged the energy secretary not to restart certain nuclear operations at various sites until work could be done safely.

At Los Alamos, the board has conducted ongoing reviews of the plutonium facility, holding hearings in Santa Fe and in recent years identifying imminent and “major deficiencies” in the building that could put the public at risk in the event of an earthquake. The lab sits on an active and complex geological fault system capable of causing a high magnitude quake.

The Energy Department’s order is the latest effort to limit transparency and weaken the board’s ability to conduct oversight, experts and critics say. And it represents another step by the Trump administration to stall or halt the work done by advisory boards and committees across the federal government, including a scientific advisory board at the Environmental Protection Agency and several of the Department of Labor’s advisory committees established to protect worker safety and health.

“This administration is very regressive,” said Robert Alvarez, who helped draft the legislation that created the board in the 1980s as a senate staff expert for Sen. John Glenn, D-Ohio, and subsequently served as senior policy adviser for former Energy Secretary Bill Richardson. “We shouldn’t have to wait for something to blow up or catch fire in order to pay attention to a safety problem.”

The Department of Energy did not respond to multiple requests for comment, but said in a presentation that the order will increase efficiency and decrease costs. “This order does not hinder cooperation with the board or to prevent them from accomplishing their safety oversight responsibilities,” the presentation said. A spokesman for the safety board also declined comment on the order, saying it was in the Energy Department’s purview. The spokesman said the board and staff are waiting to see how it “shakes out.”

The five-member board was formed in 1988 near the close of the Cold War, as the public and Congress began to question the lack of accountability at the Department of Energy and its predecessor agencies, which since the end of the Manhattan Project had made their own rules and been entirely self-regulating. At the time, there were reports of widespread radiological contamination at the Rocky Flats Plant in Colorado and problems at other nuclear facilities. The board’s formation also came on the heels of the Chernobyl nuclear disaster.

Chernobyl, Alvarez said, showed the lax conditions in which nuclear power and materials were being manufactured both in the then-Soviet Union and the United States, and the calamity that could arise from an accident. The board was born out of that understanding, and now relies on a staff of more than 100, several of whom are stationed at lab sites. These staffers create weekly one-page reports that outline mishaps and near-misses and help inform larger recommendations.

The board does not have regulatory power, but for the first two decades of its life, all of its recommendations were adopted by the energy secretary.

Now, Alvarez said, the Department of Energy is trying to “isolate and fence off” the board’s access, part of a “constant effort to chip away at the ability of the board to do oversight.”

Sen. Tom Udall, D-N.M., said in an email that the board is integral to New Mexico’s weapons labs. The board also oversees facilities in California, Washington state, South Carolina and other states.

“We have seen too many serious safety and security lapses at DOE nuclear sites to accept any attempts to weaken” the board, Udall said, adding that he wants to preserve the board’s “critical role as an independent watchdog for public health and safety.”

He said he will be asking the Department of Energy for a “full account” of how the changes will affect worker safety and public health. 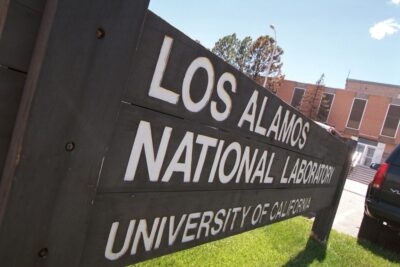 The Department of Energy said it would seek new leadership for Los Alamos National Laboratory. But the University of California is still there, even after mismanagement caused it to lose its contract to run the lab — twice.

The safety board’s very existence — and its ability to provide nuclear safety information to the public — has been threatened in recent years, advocates of the board say. Last summer, for example, the board’s then-chairman proposed dissolving the board entirely. A few months later, the National Nuclear Security Administration, an arm of the Energy Department that oversees the nation’s nuclear stockpile, said less information should be made public by the board.

Last September, the board rescinded one its long-pending recommendations, related to emergency safety, after concluding that the Department of Energy failed to understand the problems and that officials did not to intend to remedy them. The board has made no new recommendations since 2015.

Critics of the board, including some of its former leaders, say limiting its access to information may be a good thing.

Sean Sullivan, who retired as the board’s chairman in February, recommended last summer that the board be disbanded, saying it was a relic of the Cold War and its oversight was redundant of the work already done by the Department of Energy and the National Nuclear Security Administration. The proposal, he said, was a cost-cutting measure but it was opposed by other board members and abandoned.

Sullivan says it makes sense for the Department of Energy to have control over all information released to the public and it has long been frustrated when the safety board autonomously made safety information public.

For instance, Sullivan said, when board staff raised concerns in 2015 about uranium processing at the Y-12 nuclear facility in Tennessee, it was reported by a local paper and caused a headache for the nuclear security administration. Energy officials had yet to discuss problems at the site with congressional representatives from the state.

“Government shouldn’t try to hide things,” said Sullivan, emphasizing that he was speaking as a private citizen, but “if the public gets everything, conclusions may be drawn which are inaccurate — and that in and of itself can be problematic.”

Some of the nuclear security administration’s dissatisfaction with the board was revealed last fall when former Energy Undersecretary Frank Klotz recommended that the board stop publishing its weekly, one-page site reports from several national laboratories, including Los Alamos, online.

Klotz, citing an article about nuclear safety problems at Los Alamos, published in September in The New Mexican, said the reports were unflattering and might discourage workers from bringing issues to light in the future (even though workers are unnamed in the reports), the Center for Public Integrity reported.

Current acting board chairman Bruce Hamilton drew up a proposal recommending the board staff make weekly reports orally to board members, so as to avoid public embarrassment, but it was not adopted and the reports are still available. Around the same time, all Energy Department staff were required to undergo training to “control” the release of unclassified information.

David Jonas, a Washington, D.C., lawyer who served as general counsel for both the National Nuclear Security Administration and the safety board, said there have long been disagreements between the board and the Department of Energy. But there’s never before been such explicit limits on what the safety board can access, as outlined in the order, he said. 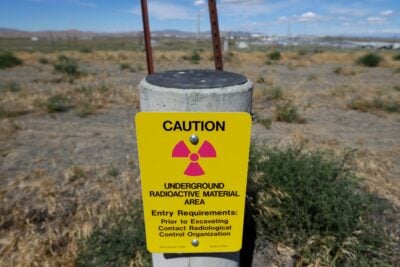 “The defense board is going to end up getting a little less information based on this,” he said.

The statute establishing the safety board explicitly gave board members and staff powers of investigation and said the secretary of energy should cooperate fully with the board and provide it “with ready access to such facilities, personnel, and information as the Board considers necessary to carry out its responsibilities.”

The new order appears to add caveats to how the law is carried out. Board members can no longer speak to lab staff without permission from the Department of Energy. The order may also make it difficult for them to access records related to how much radiation exposure workers receive.

While the statute that established the board technically trumps the order, the document gives the Department of Energy “more power to resist the defense board requests” and as a result will delay the process of getting information to the safety board, Jonas said.

He anticipates a legal fight, saying, “It’s a mess.”

Even before the start of the Trump administration, the Department of Energy had been tightening control over information released to the public.

In January 2017, while Barack Obama was still president, the Energy Department deleted several requirements for what types of incidents laboratory managers must report to a federal database used by the safety board to review problems at laboratories. Beginning that fall, labs no longer had to report certain potential safety problems or provide as much information about “near-miss” accidents.

Sullivan, on behalf of the board, wrote a letter to Energy Secretary Rick Perry in May 2017 saying the new requirements “negatively affect safety oversight” and reduce nuclear facilities’ ability to learn from mistakes. (Sullivan personally voted against sending the letter.) Perry declined to make changes, saying the new rules still ensure “safety oversight is not degraded at defense nuclear facilities.”

The safety board voted last month to hold up to three public hearings beginning in late August on the intent of the new order and how it might impact access to information. Hamilton, the board chairman, was the only member to vote against holding the hearings.