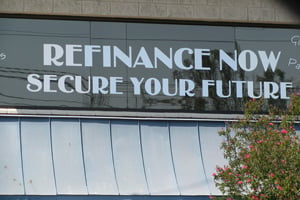 The Treasury Department introduced a plan today (PDF) to help borrowers modify their second mortgages as part of President Obama's $75 billion foreclosure relief effort. The program so far has only been focused on modifying first mortgages.

The cost of tackling second mortgages will figure into the $50 billion in TARP funds already set aside for the Making Home Affordable plan, senior administration officials said in an afternoon conference call with reporters.

ProPublica has been tracking Obama's housing plan -- and the stories of struggling homeowners applying for loan modifications under it. Based on your responses, we've gathered that there's quite a bit of confusion over the loan modification programs.

Here's how they're supposed to work (PDF):

Loan servicers have the option to participate or not. So far, 11 have signed up for the first mortgage modification plan, and Treasury expects wide-ranging participation in the second. Geithner has said that banks must participate to qualify for government assistance.

Once a modification has been initiated on a borrower's first mortgage, a servicer participating in the second program will automatically modify the borrower's second mortgage. Ultimately, that means getting a borrower's interest rate down to 1 percent for amortizing loans (loans with payments on both interest and principal) and 2 percent for interest-only loans. The government will split the costs of that reduction with the investor, who owns the loan.

And let us not forget the incentive payments. Participating homeowners will get $250 knocked off their first loan's principal each year, for up to five years, if they stay current on both mortgages. (That's in addition to the $1,000 per year they'll receive if they stay current on the first.) Treasury will pay servicers $500 for each modification made and $250 every year for up to three years, as long as the borrower keeps up. Servicers also will have the option of eliminating the second mortgage in return for a lump sum from the Treasury Department. (Check here to see the subsidies offered under the first mortgage program).